More American Photographs. As the United States slowly emerges from its most significant economic downturn since the Great Depression, the CCA Wattis Institute reexamines the well-known photography program of the Farm Security Administration, 1935-44, which included artists such as Walker Evans, Ben Shahn, Dorothea Lange and Marion Post Wolcott. With 'Painting Between The Lines', the CCA continues its investigation into the relationship between literature and art by commissioning 14 contemporary artists to create paintings based on descriptions of paintings in historical and contemporary novels. 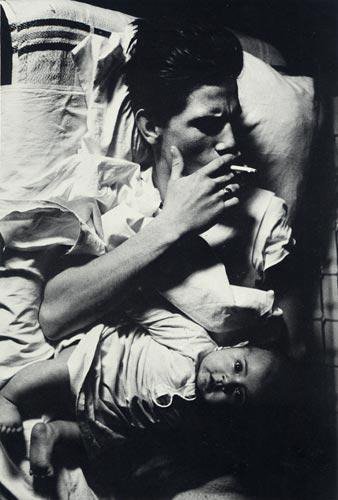 As the United States slowly emerges from its most significant economic downturn since the Great Depression, the CCA Wattis Institute will reexamine the well-known photography program of the Farm Security Administration, 1935-44, which included artists such as Walker Evans, Ben Shahn, Dorothea Lange and Marion Post Wolcott. For More American Photographs, twelve contemporary photographers will be commissioned to travel the United States, documenting its land and people. The resulting images will be presented in an exhibition at the Wattis Institute, alongside a number of the original images by the FSA photographers.

The Farm Security Administration was implemented as part of Roosevelt’s New Deal Program, which sought to create relief, recovery, and reform after the devastating years of the Great Depression. Over a period of almost nine years, headed by the director of the Historical Section, Roy Stryker, the Farm Security Administration employed a number of photographers, who were tasked with bringing to light the “third of a nation” that President Roosevelt defined as “ill-housed, ill-clad, ill-nourished.”

Stryker meticulously prepared his photographers with exhaustive shooting scripts, which listed all the subjects of which he wanted photographs for his famous ‘File’ - ‘chicken dinners’, ‘18th Amendment’, ‘Corner drug store’ - notes that led to the thorough and engaging documentation of American culture and habits. Eighty years on, many of the 250,000 FSA images produced have endured and become iconic. Constituting a visual record of American life in the 1930s and 40s, the work of the FSA photo program introduced a never-before-seen style of photographic realism that would change the aesthetic of documentary photography forever.

More American Photographs will feature a number of original FSA photographs together with the new commissions. Given the inflections of the twenty-first century, including environmental disasters, factory-ghost towns, the collapse of the housing boom, the lack of economic mobility, and the increasing disparity between the rich and poor, this photographic project hopes to update Stryker’s file, showing how some parts of America have floundered while others have flourished.

Painting Between the Lines

With Painting Between The Lines, the CCA Wattis Institute will continue its investigation into the relationship between literature and art by commissioning 14 contemporary artists to create paintings based on descriptions of paintings in historical and contemporary novels.

With Painting Between the Lines, the CCA Wattis Institute for Contemporary Arts continues its investigation into the relationship between literature and art. Fourteen contemporary artists were commissioned to create paintings based on written descriptions of artworks in historical and contemporary novels. Even though writing and painting have been connected throughout history, literature has of late become a diminished subject in the medium of painting, which has looked more to history, society, and politics (and to itself) for inspiration. By reintroducing literature as a viable subject for painting, this exhibition examines the relationship between these two artistic fields, their different modes of representation, the various ways texts can be translated into images, and how both media, in unique ways, elicit responses from the viewer/reader.

Through an examination of how contemporary artists look at storytelling, literature, and writing as expressions of individual thought, Painting Between the Lines provides a look into the state of painting today and attests to the vitality of the medium, presenting some of its most innovative practitioners. The works in the show include portraiture, landscape, and abstraction, with each author’s vision rendered according to the unique approach of each artist.

A full-color exhibition catalog will be available in January 2012. It will feature images of all the newly commissioned paintings, the text passages from which each artist worked, installation photographs, and an essay by curator Jens Hoffmann on the relationship between painting and literature. Its design is inspired by library archives.

Visit wattis.org and cca.edu/calendar for current information concerning related programs, lectures, and events. Painting Between the Lines is curated by Jens Hoffmann, director of the CCA Wattis Institute.