The exhibition features the works of Paik and other renowned artists in the history of video art who aimed to bring a kind of revolution to our way of life with TV as a 'liberated' medium. And the younger artists in the exhibition also believe that the values of the ideals and ethics pursued by their progressive forebears are still valid, although they have seemingly faded. 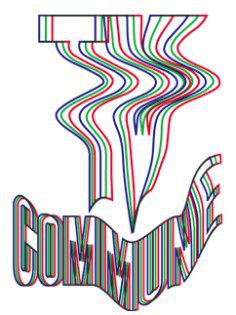 The Nam June Paik Art Center is pleased to announce a new exhibition TV Commune. We are living in certain 'communes', if unconsciously, formed by television. Nam June Paik believed in the possibility of truly global communication via TV quite early on, and in this vein he brought TV to his art exploring TV's material, electronic, social and political dimensions. Paik dreamt of the future of "video common market" in which TV programs spread across different countries over public broadcasting networks so that this would contribute to cross-cultural understanding and "have a phenomenal effect on education and entertainment."

This idea is suggested in Paik's four-hour live TV program 'Video Commune' broadcast through Boston's WGBH in 1970, in which he inserted a music program of Japan's MBS into his video art. To let American viewers watch the Asian TV program in their living room was a pioneering enterprise in an age when satellite technology was not yet widely available. By art historical examinations of Paik's experimental televisions and his projects in collaboration with American public broadcasting stations such as WGBH and W-Net, this exhibition seeks to think about the notions of 'interaction', 'interface' and 'intervention' that could take place in different 'communes' of and with television.

The exhibition TV Commune also includes the interventions in and arguments about TV by contemporary artists of today. In addition to the historical works by Nam June Paik and his contemporaries such as Dara Birnbaum, David Cronenberg, Ant Farm, Hyun Ki Park and TVTV, what will be on show are the pieces by artists living and working today including Martin Arnold, Tae Bum Ha, Heungsoon Im, Yeondoo Jung, Gabriel Lester, Christelle Lheureux, June Bum Park and Wong Hoy Cheong. There will be also works of artists who belong to 'Souvenirs from Earth', a web/cable TV station for video art in France, which serves as a platform for an artist's channel.

With the termination of analog TV broadcasting going on across the globe, there are a lot of changes in process in the media environment, and this exhibition will become an opportunity to reflect on how TV has influenced our way of life and to search for a new relationship with it in the digital age. In connection with the exhibition, an international symposium dedicated to the issues of television and art will be held in October 2011. The Nam June Paik Art Center this autumn will become a lively platform where the full implications of television in art and society can be investigated from various angles.

Television is evolving to become like a kind of organism in the current milieu of new media. This international symposium looks into the ways Nam June Paik insightfully explored the changing relationships between television and our perception of the world. What characterizes Paik's artistic experimental televisions is 'to defamiliarize', 'to interface' and 'to transcend', which this symposium invites you to discuss together with leading scholars in different fields.