A retrospective by the filmmaker and artist Johan Grimonprez. In the course of several sections, he brings his works face to face with contemporary and historical counterparts, some taken from the Internet. Grimonprez's video work manoeuvres graciously between art and cinema, documentary and fiction. Brei: Manfred Pernice presents a collection of recent work. His sculptures are constructed from simple materials, the power of his work lies in its unfinished state, the visible creative process and its variability. The new museum's collection presentation is composed like a visual chain, starting with pure colour and moving through abstract paintings to more figurative works. 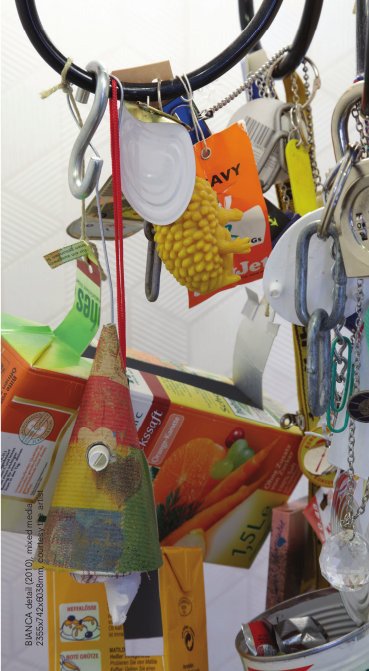 Other versions of this exhibition have previously been shown at the Pinakothek der Moderne in Munich, in 2007, and at The Fruitmarket Gallery in Edinburgh and the Blaffer Museum in Houston in 2010. The book It’s a Poor Sort of Memory that Only Works Backwards is being published to accompany this exhibition.

S.M.A.K.
Citadelpark Gent, Belgium
Openinghours
Tuesday through Sunday from 10 am to 6 pm
Closing time cash-desk: 30 minutes before closing of the museum
Closed on Monday
The museum is closed on 24, 25 and 31 December and January 1st and 2nd
Entrance fees
€ 6: individual visitor
€ 4,5: groups from 15 persons, under-25s, over-60s, students
€ 1: young people under the age of 26
Free: for children up to and included the age of 18, disabled and persons accompanying groups.