All Of The Above

Carte blanche. John M. Armleder in his turn has invited around 30 artists to present a work. Whatever the nature of the works placed on this stage, the whole effect oscillates between chaotic entanglements and mixtures of genres. Among the artists: Robert Longo, Allan McCollum, Mathieu Mercier, Peter Nagy... 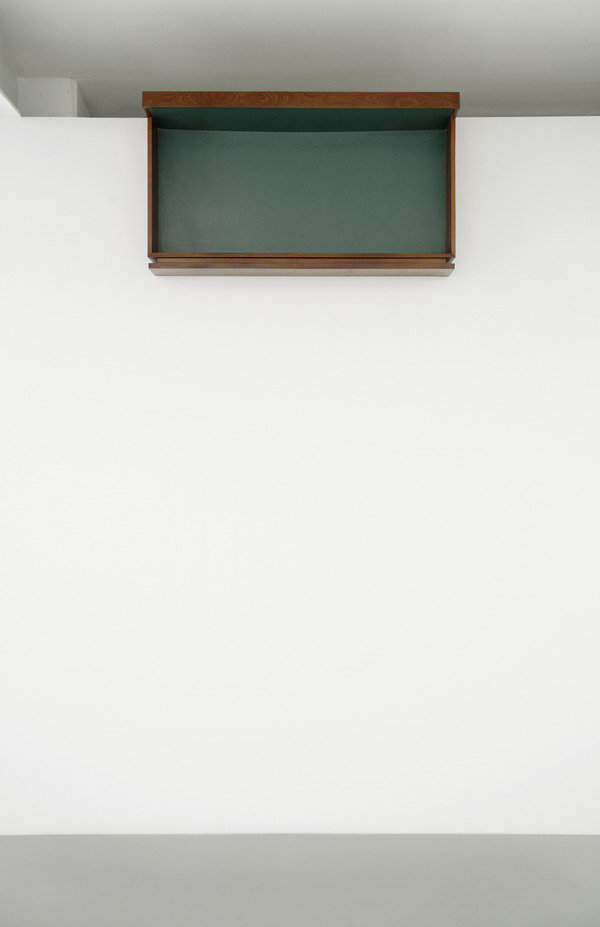 As a way of mapping the artist’s brain, desires, and influences, offering carte blanche to an artist provides the opportunity to approach the creative process and the forging of aesthetic links from a novel angle. All of the Above is the rerun in reverse of “None of the Above”, an idiomatic expression, and the title of an earlier curatorship of an exhibition by John M Armleder at the Swiss Institute in New York in 2004. Each of the works was distinguished by its extremely small size, or even its immaterial nature. From None of the Above to All of the Above, invisibility gives way to photogenic quality. As the Palais de Tokyo is involved in building work throughout 2011, artists are being invited to devise an exhibition in the former auditorium, transformed in turn into a building site (Karsten Födinger), a theater (Alexandre Singh) and a scientific laboratory (Robin Meier & Ali Momeni). Each of them had used a platform which was first architectural, then theatrical, then scientific. John M Armleder in his turn has decided to use a platform in the manner of a stage and has invited around 30 artists to present a work. Whatever the nature of the works (painting, sculpture, video), placed on this stage they will be subject to a frontal viewpoint and a visual superimposition making the whole effect oscillate between chaotic entanglements, groundbreaking meetings, and mixtures of genres. All of the Above overturns a logic that Marc-Olivier Wahler deliberately initiated at the Palais de Tokyo which in the course of his program scheduling has taken us from the super-visible to stealthiness. The arrangement of this project likewise bulldozes the very foundations of exhibiting, namely the moving body and the unmoving eye: which only goes to prove that only John M Armleder was a suitable candidate to bring the cycle 2006-2011 to a close – completing the circle.

John M Armleder
Born in 1948 in Geneva.
Since taking part in the polymorphous Ecart project connected to the Fluxus network (1969), he has developed a logic of equivalence between the ready-made and performance. Blurring the frontiers between a work and its surroundings, art and decoration, formal innovation and appropriation, John M. Armleder has made himself known in particular through the famous series of Furniture Sculptures, as well as the many projects he has devised as an artist/exhibition curator

The Carte Blanche
Offering carte blanche to an internationally renowned artist is one of the key ideas of the Director of the Palais de Tokyo, Marc-Olivier Wahler. The artist, placed at the centre of the decisionmaking process of program scheduling for the Palais de Tokyo, is free to concoct a real exhibition program. His or her vision finds a favorable framework and a sufficient timescale to unfold in an always distinctive plastic universe. Artists never turn up where they are expected. They bring a unique and enlightened way of looking to bear not only on our reality, our everyday lives, but also on the works of their contemporaries.