Journey Of A Solitary Painter. Drawing on micro and macro elements of her natural surroundings (leaves, twigs, branches) Santibanez creates unique systems that are at once meditations on nature as well as personal interpretations of the language of minimalist non-representational painting. Dean Monogenis is interested in landscape painting with architectural counterparts. 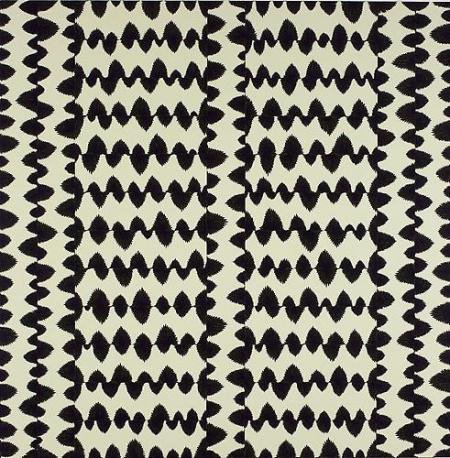 Journey Of A Solitary Painter

Morgan Lehman Gallery is pleased to present "Journey of a Solitary Painter", an exhibition of recent works on paper and paintings by Katia Santibañez. This is the artist's second solo show with the gallery.

The title of the exhibition is taken from Jean-Jacques Rousseau's unfinished autobiographical novel: "Reveries of a Solitary Walker" (1776). Rousseau's work is centered on the author's pursuit of finding freedom and happiness in a world outside of society - with its stifling rules and value systems. Similar to Rousseau's solitary walks, Santibañez finds immense solace in her private studio practice. It is in the act of creating that she is able to connect and interact on a personal level with the natural world around her.

Drawing on micro and macro elements of her natural surroundings: leaves, twigs, branches, forests, ice, snow, mountains etc., Santibañez creates unique systems, often based on a grid, that are at once meditations on nature as well as personal interpretations of the language of minimalist non-representational painting. Her color palette is usually limited to a few colors in a single painting and the result is arresting - as the graphic nature of her line pops with crispness. Conversely, in her drawings, Santibañez will use a variety of pencil weights, giving her works on paper a range of subtleties as if "brushed by a moth's wings".

Katia Santibañez was born in Paris and received her B.F.A. from the Ecole des Beaux Arts in 1990. She has shown extensively in museums and galleries, both in the United States and in France, and her work has been featured in many publications including the Brooklyn Rail, The New Yorker, Art News and the New York Times. She currently lives and works in New York.

Statement
It is hard to think of myself as a landscape painter. Landscape painting has such a rich tradition, that to align myself, in title, so closely to the past I would have to admit to the impossibility of doing anything interesting or new, maybe just beautiful. But for me, landscape has been the setting not the subject, or is it the other way around? It is the place where something happens and through the painter’s hand, the place where anything is possible. I began merging architecture with nature because I wanted to explore my reactions to the housing boom I experienced living in Williamsburg, Brooklyn in the early 2000’s. I began this process by addressing the constant feeling of transition brought on by the spectacle of new structures being built daily. My work sought to capture the awkward beauty of the interim, where construction ephemera, in bright colors, appeared as architectural intent and not just as support structures. I sought to elevate the status of fluorescent orange netting and scaffolding covered buildings. Over time these elements became symbols or a type of vocabulary. I became interested in introducing them along with their more permanent architectural counterparts into unaccustomed settings. In the past few years, this convergence has been increasingly exaggerated. Nature has been playing a more significant role in my compositions. It is no longer just a passive backdrop for architectural intrusions. Nature has become more active, taking on it’s own structural significance. Its role has been elevated, as it should be.