The second edition of the international contemporary art biennial presents the works of 27 local, national, and international artists from a variety of artistic and cultural backgrounds, and a total of nine different countries, including the United States, France, Italy, Sweden, Poland, Japan, Chile, Iceland and Vietnam. 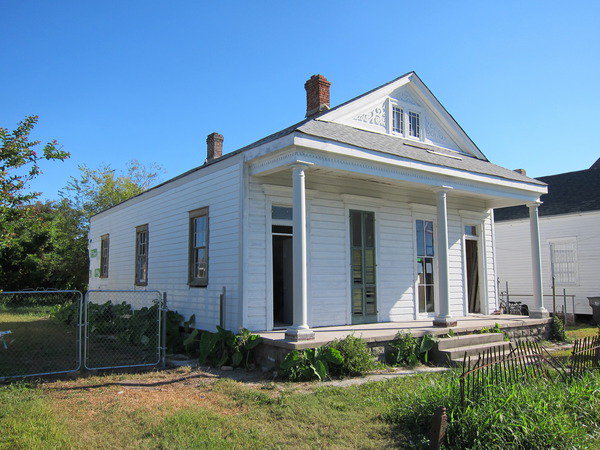 Site-Specific Installations, Public Performances, And Other Exhibitions, To Be Presented At Venues Throughout New Orleans And Lafayette, LA

New Orleans, LA, September 20, 2011 – Prospect.2 New Orleans, the second edition of the international contemporary art biennial, has announced exhibition highlights, as well as the details of its opening festivities featuring three special artists performances. Led by Artistic Director, Dan Cameron, Prospect.2 opens to the public on October 22, 2011 and will be on view through January 29, 2012. Prospect.2 will feature 27 local, national, and international artists from a variety of artistic and cultural backgrounds, and a total of nine different countries, including the United States, France, Italy, Sweden, Poland, Japan, Chile, Iceland and Vietnam.

“There is great excitement as we enter the final stages of preparation for Prospect.2, “says Dan Cameron. “Along with some of the most influential artists working today, Prospect.2 will feature some incredibly talented younger artists on the cusp of international careers. We look forward to once again drawing the art world’s creative energy to the gulf region, and continuing to support the flourishing visual arts community of New Orleans.”

Highlights of the Biennial

Prospect.2 opens to the public on October 22, 2011 with a series of festivities including three special performances by participating artists. R. Luke DuBois, a new media artist and composer, will present The Marigny Parade, a public performance and music piece. The Marigny Parade will take place around the Marigny Triangle in New Orleans and will feature nearly 350 musicians from three renowned New Orleans high school and middle school marching bands, including The Roots of Music Marching Crusaders, St. Augustine High School Marching Band, and the O. Perry Walker High School Marching Band. The 350 musicians will perform as five separate groups, playing a new composition written by DuBois. The five groups will begin marching from five different locations in the city, converging on Washington Square for the finale of the piece. The performance will be followed by the Prospect.2 ribbon-cutting ceremony that officially opens the biennial.

Performance artist and sculptor William Pope.L, will present a performance and video installation entitled Blink. For the work, the artist asked New Orleans residents to donate photos of themselves in response to the questions: "When you dream of New Orleans, what do you dream of? When you wake up in the morning, what do you see?" These donated images will be part of a video installation mounted on a truck – a modern, travelling version of a “magic lantern” projection – that will traverse the city of New Orleans from sundown on October 22, 2011 through sunrise the following day. The video, intended to be a collective “memory bank” of the residents of New Orleans, will be stationed at Xavier University's Art Village following the performance for the duration of the biennial.

Also as part of the opening day program, Baltimore-based artist, Joyce J. Scott will present a performance entitled, Miss Veronica’s Veil, at 4 pm in Café Istanbul at the New Orleans Healing Center. The performance will alternate between songs, spoken word, and actions, telling the tale of Miss V, a contemporary manifestation of Saint Veronica, who is frustrated by the reoccurring events of history – especially the chasm between men and women. Scott, best known for her glass and beaded sculptural works, will also be featured at Newcomb College Art Gallery with a selection of past and recent work, which will include an outdoor sculpture produced especially for Prospect.2 in collaboration with the local glass studio Inferno.

Among the internationally renowned artists participating in the biennial is Sophie Calle, who will present a new iteration of her long-term project, True Stories. For Prospect.2, the project has been reimagined as a site-specific installation that will employ Calle’s signature blending of reality and fiction. In the work, she weaves her personal narrative into the history of the 1850 House of the Louisiana State Museum, one of the apartments in the famous Pontalba Apartments in Jackson Square in New Orleans. When the house was bequeathed to the Louisiana State Museum in 1927, the museum recreated what the home would have looked like in its original, Antebellum-era state. In her installation, Calle will transform the historic house by inserting her own items of sentimental value, such as photographs, texts, paintings, and clothes into the various rooms, and in doing so, seamlessly blend the lines between past and present, reality and fantasy, and public and private.

Memphis-based photographer and filmmaker William Eggleston, will present an exhibition of rarely shown works, including a black and white photographic series entitled, Nightclub Portraits, and a continuous screening of his film Stranded in Canton, which has been described as an intimate and gritty view of Memphis. Eggleston’s works will be on view at the Louisiana State Museum, Old U.S. Mint.

Sculptor and filmmaker Francesco Vezzoli, will produce a site-specific, sculptural installation entitled, Portrait of Sophia Loren As The Muse of Antiquity (After Giorgio de Chirico) at the Piazza d’Italia, a landmark of early post-modernist architecture designed in the late 1970s by Charles Moore, and restored in 2004. The installation will feature a statue of the actress done in an exaggerated surrealistic style,

Several artists participating in Prospect.2 are presenting works that embody the spirit of New Orleans, and have been specifically created for the biennial and the city. Alexis Rockman and An-My Lê will present works that consider the geographical location of New Orleans and the environmental and political issues facing the region and its inhabitants. Rockman will present a mural-scale painting imagining a war between species indigenous to the Louisiana bayou and those that have been introduced to the bayou ecosystem within the past 500 years. Vietnamese photographer An-My Lê will present a new series of photographs based on her investigations into the lives of Vietnamese nationals who have migrated to southern Louisiana throughout the past 25 years. An-My Lê has worked directly with the Vietnamese community of New Orleans East to produce this new body of work, which reflects the ties of this community to the Mekong Delta region in Vietnam.

Highlights of the biennial also include work from artists who currently live and work in New Orleans. Among these artists are Dan Tague, who will produce a new installation entitled The U.S. Department of Civil Disobedience, which explores areas of overlap between high school social studies and the history of radical politics in the United States; Dawn DeDeaux, who will create a large-scale multimedia installation work entitled Goddess Fortuna And Her Dunces In An Effort To Make Sense Of It All, which is inspired by John Kennedy Toole’s literary masterwork, The Confederacy of Dunces; and Bruce Davenport Jr, who will present some of his most ambitious drawings to date, including a series of large-scale works which express the unique richness of marching bands as a dominant force in the local arts culture.

Exhibiting Artists (as of September 2011):

In addition to the projects organized by Prospect.2, a number of artists, including Canadian sculptor Michel de Broin, environmental artist Brandon Ballengee, and Seattle-based Don and Patricia Fels, have been invited to develop major new projects that will premiere simultaneously in New Orleans.

Participating Venues (as of September 2011):

Prospect New Orleans is founded on the principle that art engenders social progress. It is organized by U.S. Biennial, Inc., a 501(c)(3) non-profit art organization that launched in January 2007 in order to realize Prospect.1.

Funding Organizations and Donors
Prospect.2 New Orleans has been made possible with the support of Founding Benefactor Toby Devan Lewis.
Leadership support has been provided by the Lambent Foundation Fund of the Tides Foundation; Metabolic Studio; The Andy Warhol Foundation for the Visual Arts; The Brown Foundation, Inc., of Houston; The Prospectors Club; and The Helis Foundation.

For more information on Prospect.2 New Orleans, please visit the web site or contact U.S. Biennial, Inc. at +1 (212) 680-5305 or info@prospectneworleans.org