The focus of the show is the world of 'micropop' embodied in the work of artist generation appeared on the Japanese art scene in the second half of the 1990s - early 2000s. The concept of 'Micropop', invented by the curator Midori Matsui, reflects the unique world of artists seeking to give new meanings to obsolete and trivial things. The exhibition is focused on the artist's attempts to create a new model of modern community which find a parallel in natural processes. 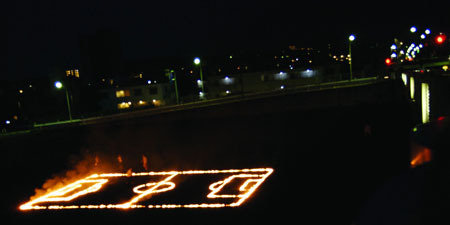 The exposition curated by art-critic Midori Matsui is focused on the reality as the product of “Micropop imagination”. The conceptual model of Micropop was constructed by French posmodernist philosophers Gilles Deleuzes and Felix Guattari to define the special approach to life characteristic for children or immigrants forced to create new languages and new ways of communication acting in the unknown type of ambient. It refers to the modernist novels written by such authors as Kafka, Joyce, Becket. Those authors, writing in languages that were not their mother tongues, created new composites within the gaps left by those major languages, linking lofty ideas and themes with vulgar actions and expressions, thereby developing new structures of discourse.

In the post-modern age the word “micropop” is used to explain deviant forms of approach to life adopted by some individuals to escape the risk of being lost in the network of institutional codes and information.
“Micropop imagination” defines the distinctive approach of 14 young Japanese artists – participants of the exhibition. They present their own views of the world through the combination of fragments of information and knowledge of the common things and imbuing them with new functions or meanings. “Micropop imagination” involves spectators in new games and situations that encourage flexible public communication and spontaneous actions.

The exhibition title, Winter Garden, contains two opposing meanings. One literally means a "desolate garden in the winter time." Another meaning of “winter garden,” understood as an idiomatic expression, signifies a hothouse. This coexistence of opposite meanings within a single expression embodies the central paradox of the exhibition. The first meaning alludes to the difficulties of contemporary life brought on as the result of globalization, including worldwide economic depression, uniformity of living environments, and the disappearance of unique local cultures. On the other hand, the image of a hothouse suggests a space that, in spite of its small scale and closed artificial environment, nurtures various organisms that constitute rich and diverse layers of life. The exhibition is focused on the artist's attempts to create a new model of modern community which find a parallel in natural processes.

The exhibition features 35 works and consists of three methodological axes. Category I presents a variety of works, including drawing, video, and sound installations, that embody a process of association induced by insignificant details in everyday life. Category II is composed of expressions that demonstrate the creative use of contemporary Japanese subcultures, such as manga, anime, science fiction, computer games, TV reportage and slapstick comedies, in order to project the internal myth of the artists, capture the materiality of the performing body, or reveal a hidden truth about a place. Category III includes works that simulate or incorporate the basic structures of self-generation among plants, animals and minerals, and construct an environment or a pictorial space that conveys to the spectators physical and psychological effects and impacts of external phenomena.

The travelling exhibition (already shown in Tokyo, Warsaw, Mexico, Los Angeles, Budapest, Rome, Cologne) is the part of the program of “Special projects” of the Fourth Moscow Biennale of Contemporary Arts.