For more than thirty years, Levine has borrowed and re-contextualized images, texts, and objects in her work, often presenting them as installations that provide a compelling sense of context. The title of this exhibition, Mayhem, suggests the destabilization that occurs as we consider the complex layers of reference and meaning that unfold between artist's sources and her own work. The show includes work from the early 1980s to the present in a wide array of media-photographs, prints, paintings, and sculpture. 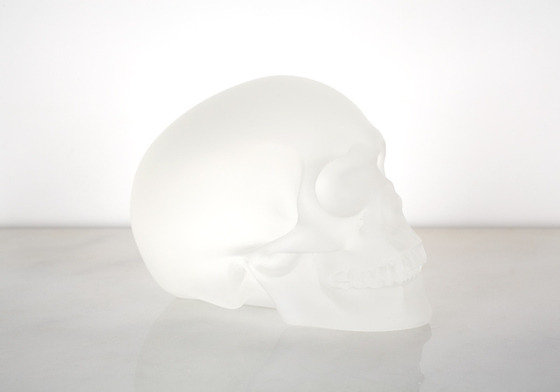 This fall the Whitney Museum of American Art presents SHERRIE LEVINE: MAYHEM, the first major museum survey of the artist’s work. The exhibition is a project developed by the artist in collaboration with guest curator/art historian and critic Johanna Burton, and Elisabeth Sussman, Curator and Sondra Gilman Curator of Photography, with Carrie Springer, Senior Curatorial Assistant at the Whitney. The show runs from November 10, 2011, through January 29, 2012, in the Whitney’s third-floor Peter Norton Family Galleries.

For more than thirty years, Levine (b. 1947) has borrowed and re-contextualized images, texts, and objects in her work, often presenting them as installations that provide a compelling sense of context. The title of this exhibition, MAYHEM, suggests the destabilization that occurs as we consider the complex layers of reference and meaning that unfold between Levine’s sources and her own work. “I don’t think it’s useful to see dominant culture as monolithic,” Levine has said. “I’d rather see it as polyphonic, with unconscious voices that may be at odds with one another. If I am attentive to these voices, then maybe I can collaborate with some of them to create something almost new.”

SHERRIE LEVINE: MAYHEM includes work from the early 1980s to the present in a wide array of media—photographs, prints, paintings, and sculpture. The work ranges from more well-known pieces, such as After Walker Evans (1981) and the dramatic sculptural installation La Fortune (After Man Ray) (1990), to lesser known paintings from the 1980s and 2000s and recent postcard collages and sculptural projects. Levine's practice of using repetition, multiple images, and the pairing of objects will be incorporated into the installation, and will highlight the material and conceptual threads—such as notions of authorship and originality, questions of power and gender in representation, and the legacy of Modernism in contemporary art practice—that have resurfaced throughout her work over the past thirty years.

While not attempting to present a complete or strictly chronological overview of Levine’s practice, the show provides a rare opportunity to see the range and historical impact of her work over the span of her career. It also demonstrates the close tie that exists between the conceptual and rich material presence at play in Levine’s practice. The installation, conceived by the artist as offering constellations of older and newer works, provides juxtapositions that are intended to provoke new associations and responses. It aims, as well, to demonstrate Levine’s significant role in the history and understanding of artistic practices from the late 1970s to the present.

Levine stands at the forefront of a group of artists, including Cindy Sherman, Richard Prince, and Barbara Kruger, who began working in the late 1970s, at a time when the ever-increasing flood of photographic imagery, film, and advertising had altered the general scope of visual literacy within American culture. Their work reflects the significant shift that occurred in the distribution, perception, and use of representational images at that time. MAYHEM examines Levine's innovative response to that development, and affirms the significant influence her work has had on contemporary artistic practice and on a new generation of artists who have come to see the borrowing, reframing, and transformation of imagery, objects, and ideas as second nature.

Levine's work has been the subject of extensive art-historical and theoretical criticism, and this exhibition and the accompanying catalogue acknowledge the validity of that criticism, while also taking into account the visual pleasure and psychological content that enriches her work. The installation will emphasize the powerfully seductive, tactile nature of Levine’s art that can only be experienced in person.
The Whitney has collected Levine's work since 1988, and has a selection of drawings, paintings, photographs, and prints in the permanent collection; she also participated in the 1985, 1989, and 2008 Biennials.

About the Artist
Sherrie Levine was born in Hazelton, Pennsylvania, grew up in St. Louis, and moved to New York in 1975. She has had one-person exhibitions at the Hirshhorn Museum, Washington D.C., 1988; the High Museum of Art, Atlanta, 1988; the San Francisco Museum of Modern Art, 1991; the Philadelphia Museum of Art, 1992; and Portikus, Frankfurt, 1994, among others. In 2005, she was one of the four artists included in Quartet, the opening exhibition of the new Walker Art Center in Minneapolis. Her work was included in Color Chart: Reinventing Color, 1950 to Today, at the Museum of Modern Art (2008). That same year she was part of the 2008 Whitney Biennial. The Kunstmuseum Krefeld, Germany, presented a one-person exhibition of Levine’s sculpture, Pairs and Posses, in early 2011.

Catalogue
The exhibition is accompanied by a fully-illustrated monograph designed by McCall Associates. The catalogue is distributed by Yale University Press, with a foreword by Adam D. Weinberg, the Whitney’s Alice Pratt Brown Director, and essays by the exhibition curators, as well as contributions by distinguished art historians Thomas Crow, David Joselit, Maria H. Loh, and Howard Singerman. A selection of Levine’s writings and statements are also included.

Exhibition Support
Major support for Sherrie Levine: MAYHEM is provided by the National Committee of the Whitney Museum of American Art and The Andy Warhol Foundation for the Visual Arts. Additional support is provided by Glenstone, Aaron I. Fleischman and Lin Lougheed, The Robert Mapplethorpe Foundation, Inc., Miyoung Lee and Neil Simpkins, and Judith Neisser. Pianos provided by Yamaha.

Founded by sculptor and arts patron Gertrude Vanderbilt Whitney in 1930, the Whitney was first housed on West 8th Street in Greenwich Village. The Museum relocated in 1954 to West 54th Street and, in 1966, inaugurated its present home, designed by Marcel Breuer, at 945 Madison Avenue on the Upper East Side. While its vibrant program of exhibitions and events continues uptown, the Whitney is moving forward with a new building project, designed by Renzo Piano, in downtown Manhattan. Located at the corner of Gansevoort and Washington Streets in the Meatpacking District, at the southern entrance to the High Line, the new building, which has generated immense momentum and support, will enable the Whitney to vastly increase the size and scope of its exhibition and programming space. Ground was broken in May 2011, and the building is projected to open to the public in 2015.