For kids and adults

Play is still associated with the culture of free time, which -in modern societies- is separated from what is productive, and dismissed to what is private and foolish. The exhibition loosely refers to historical contexts of play and game, drawing from the political potential of "action" and transactional character which bonds the community. 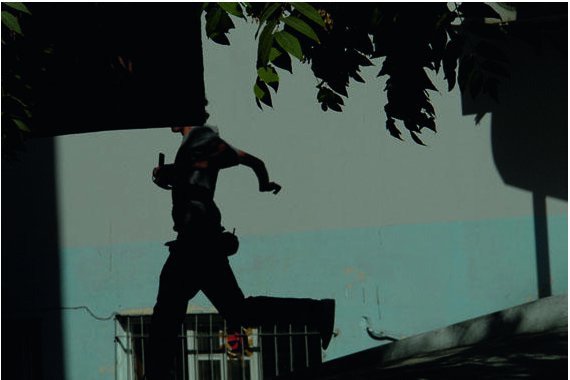 The BWA Wrocław, Galeria Awangarda and the Museum of Contemporary Art Belgrade are pleased to present the exhibition: For kids and adults

“For, to speak out once for all, man only plays when in the full meaning of the word he is a man, and he is only completely a man when he plays.”
J. C. Friedrich Von Schiller, Letters Upon The Aesthetic Education of Man, 1794

The exhibition For kids and adults deals with the phenomena of play and game, without which one cannot imagine any human community. Play is still associated with the culture of free time, which—in modern societies—is separated from what is productive, and dismissed to what is private and foolish. The social experience of the last decade forces us to look critically at that separation, and to perceive play as an inspiring experience in which we act independently from any social control and individual or group purpose, and through which we can gain space for the longed-for freedom.

Analyzing culture as a system of rules, hierarchies, behaviours, decision making, manipulation and accumulation of knowledge, play may be considered an activity through which we can introduce changes to the very system, and operate within it. How we play is preconditioned by the environment, a total system which includes space—political, social and personal. At the same time, play may influence and change that environment. Play also refers to the movement, look, quest, creation—these are "tools" which can be used in the action within a (possible) process.

And it is exactly in this sense that the exhibition refers to the play drive, a term introduced in Schiller's Letters Upon the Aesthetic Education of Man, denoting a formative process which resists time and persists from the first to the last day of man's life. As observed by Ranciere in his Esthetiques comme poitique, Schiller's revolutionary contribution was to create the idea of political change by revisiting what he called the distribution of the sensible. According to his Letters, the change would be possible if we were to cease perceiving art as separated from life, and play as separated from work.

The exhibition loosely refers to historical contexts of play and game, drawing from the political potential of "action" and transactional character which bonds the community. The explosion of the notions of play and games in various fields, from literature to architecture, coincided with essential political and social changes in this part of Europe in the 1980's and 90's. But the critical and social potential of the play drive had already been crucial in the 60's and 70's. Its subversive edge and potential was revealed in various movements, including Fluxus and Situationists, later followed in Poland, especially in Wrocław, by the Orange Alternative and the group LUXUS, as well as by influential conceptual artists in former Yugoslavia.

What is displayed in the projects and works created by the invited artists is the formative, economic and political dimension of play and games.

Salon of the Museum of Contemporary Arts
14 Pariska Street, Belgrade
Working hours of the Salon: 12PM to 8PM. Tuesdays closed.