The exhibition offers new insights into the understanding of developments in critical art practice after 1965 and bridges the gap between these histories and more recent approaches to artmaking. Consisting exclusively of reproductions and facsimiles of materials culled from publications, institutions, and personal archives, as well as a series of recent video and audio interviews conducted for the exhibition. 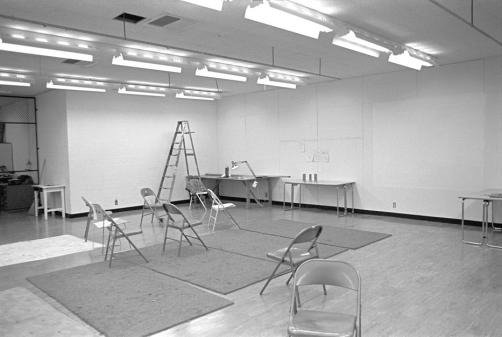 The Experimental Impulse explores the pivotal role of experimentation in Los Angeles in the years immediately following the city's emergence as a vital artistic center. The exhibition offers new insights into the understanding of developments in critical art practice after 1965 and bridges the gap between these histories and more recent approaches to artmaking. Consisting exclusively of reproductions and facsimiles of materials culled from publications, institutions, and personal archives, as well as a series of recent video and audio interviews conducted for the exhibition, The Experimental Impulse reflects on the networks of exchange and support structures that underlie the history of art in Los Angeles.

The collection of interviews, filmed and edited by Larissa Brantner James, focuses on a selection of key figures who shaped the city's cultural landscape through alternative forms of support and artist-centric initiatives. The exhibition includes original interviews with such individuals as Robert Smith, founding director of the Los Angeles Institute of Contemporary Art (1974–85); Dorit Cypis, co-director of Foundation for Art Resources (1979–82); Marc Pally, first executive director of LACE (1979–83); Gemini G.E.L. co-founder and patron Stanley Grinstein; collectors Judy and Stuart Spence; and others.

With contributions by participants in "The Experimental Impulse" seminars at CalArts' School of Art (2009/10 and 2010/11), the exhibition operates from a position that context informs content and develops an open-ended methodology that has been characteristic of CalArts since its founding. Conceived from the perspective of artists and art students who currently live and work in the city, the exhibition's curatorial approach reexamines the very notion of historical representation and aims to embody the principles of experimentation.

The exhibition's scope and content has been largely guided by a group of current and recent CalArts students, whose respective research forms the basis of The Experimental Impulse and attempts to offer an account of this history from the perspective of artists currently living and working in Los Angeles. Topics covered in the exhibition include the intersection between Conceptual art and pedagogy (Fiona Connor); the critical role played by art magazines and publications (Krista Buecking); video and the exploration of new technologies (Yogi Proctor); the history of the late CalArts Design School (Benjamin Tong); and the influence of country music in the early Los Angeles punk scene (Ariane Roesch). The Experimental Impulse presents the outgrowth of the students' research, which takes the form of recorded conversations with artists, writers, designers, editors, curators and collectors, as well as selections of images and various printed materials that have been uncovered throughout the research process. The seminars and exhibition at REDCAT attempt to address the problem surrounding the organization and display of materials that have, by their experimental and ephemeral nature, attempted to evade history.

In conjunction with the exhibition at REDCAT, East of Borneo, a collaborative art journal and multimedia archive, hosts a selection of commissioned essays, documentation, interviews and research materials related to the process of organizing The Experimental Impulse. Edited by Stacey Allan, this archival component to the exhibition offers an alternative approach to the role of the exhibition catalogue, as a site where the ideas initiated by the exhibition can continue to develop and be explored.

The exhibition and archival project are made possible by grants from the Getty Foundation.

The Experimental Impulse is part of Pacific Standard Time. This unprecedented collaboration, initiated by the Getty, brings together more than sixty cultural institutions from across Southern California for six months beginning October 2011 to tell the story of the birth of the L.A. art scene.