25th anniversary of the contemporary fair for art, antiques and design. 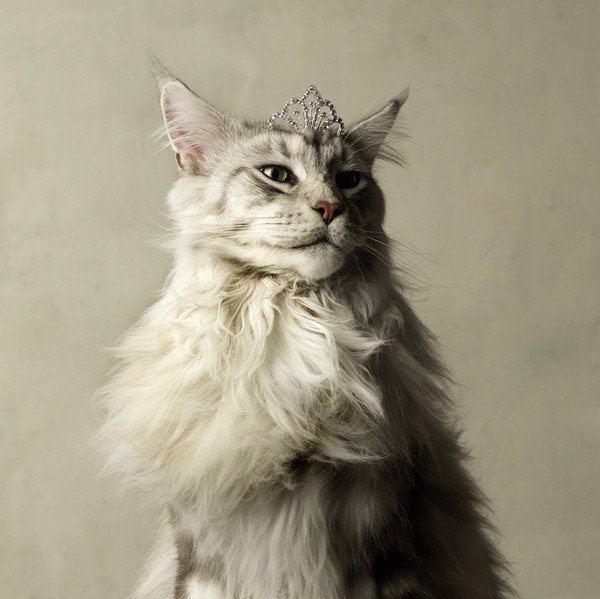 Helvoirt, 1 November 2011 – It promises to be an alluring month for visitors to the 25th anniversary of PAN Amsterdam. This contemporary fair for art, antiques and design runs from 20-27 November in the RAI in Amsterdam. Extraordinary stories, objects and collections will appeal to the imagination and delight the senses of potential buyers and other lovers of art, antiques and vintage design. Marie Cécile Thijs took Her Majesty – a photograph of a regal cat – as a humorous reference to the 25 tiaras and coronets on display to celebrate PAN’s 25th anniversary. Concurrent with the successful exhibition of Studio Job designs now running in the Groninger Museum, various objects by this design team will be on show and for sale at PAN. There is also a painting by H.J. Wolter from Alfred H. Heineken’s private collection, an unused Rietveld chair from 1965 in its original shipping crate and a collection of 25 Amsterdam cityscapes.

The 1.70 metre tall 2008 Industry Pedestal by Studio Job which Collectie Harms Rolde is bringing to the fair is showy, distinguished and full of irony – typical of the oeuvre of the artistic duo Job Smeets and Nynke Tynagel. Studio Job blurs the boundary between design and art. Thanks to their innovativeness and unusual production techniques Studio Job is a serious world player in the art market. This month the leading international magazine Wallpaper* described them as one of the reasons why the Netherlands has a place in the Wallpaper* top ten influential countries in the field of design and style.

Other dealers are also linked to current museum exhibitions. A. Aardewerk Juwelier-Antiquair, which made the exhibition in Museum Bredius possible, is bringing a splendid collection of miniature silver entitled Tall & Small. It includes two pairs of silver sauceboats, a large pair made in Arnhem by Daniel Courou in 1748 and a miniature version made in Amsterdam by Arnoldus van Geffen in 1764. In the 18th century collecting miniature silver for doll’s houses was both a pastime and a status symbol.

Theo Daatselaar is showing a painting from Alfred H. Heineken’s private collection. It is a reclining nude by the Dutch Luminist painter H.J. Wolter. Other works by this painter can be seen in Museum Boijmans Van Beuningen in Rotterdam and the Singer Museum in Laren.
Not directly linked to a museum, but no less interesting, is the collection of 25 Amsterdam cityscapes offered by Kunstzalen A. Vecht. The collection includes paintings and etchings by Jan Korthals, Cornelis Vreedenburgh and Sal Meijer.
In the Design Pavilion, WonderWood has an original and unused red and blue Rietveld chair made by G.A. Van de Groenekan – Rietveld’s carpenter - in 1965. Because this chair was intended for an American architect, Van de Groenekan also made a special crate for its shipment. However the chair was never delivered and both chair and crate were finally bought by a Dutch architect. He already owned a lot of Rietveld furniture including another red and blue chair, so this chair remained in the crate until October 2011, when WonderWood bought it. Made in 1965, unused and ‘brand new’.

PAN exhibitor Eduard Planting asked Marie Cécile Thijs to create a fitting photograph especially for the 25th anniversary of PAN – and the exhibition of 25 tiaras and coronets to mark it. The result is a C-Print (Lambda) photograph of a majestic cat wearing a tiara, Her Majesty (85 x 85 cm, in a limited edition of ten. See the illustration in this press release. The photograph is for sale for € 3,450 and will, of course, have pride of place on Eduard Planting’s stand.

Among the museums and private individuals who have lent pieces for the exhibition of 25 tiaras and coronets there are a number of exhibitors at PAN. One is Epoque Fine Jewels, who this year have also brought a rare Neo-Renaissance pendant by Léon Coulon, ‘The Birth of Venus’. This gold and silver pendant dating from around 1890 depicts the goddess Venus rising from a diamond shell, in a Renaissance setting of diamonds, rubies, sapphires and emeralds.
PAN Amsterdam runs from 20-27 November 2011 in the Parkhal (Hall 8) of the RAI. The fair is open every day from 11.00 a.m. to 7.00 p.m. with the exception of Thursday 24 and Sunday 27 November, when the doors will close at 6.00 p.m.
Note for editors:
You can find more information about the guided tours and other activities at and around PAN 2011 at www.pan.nl. In the press section under illustrations there are already a great many high resolution photographs of objects that the exhibitors will be offering for sale at the fair. You are free to download and use these illustrations.