Body images in contemporary Israeli sculpture. The exhibition draws attention to an abstract form inspired by the body or objects connected with it. The body may appear as a fragment or disappear entirely. The body is a remindful body, it brings global and local, private and collective events to mind. The works on view echo emphasis on Paucity of Material. 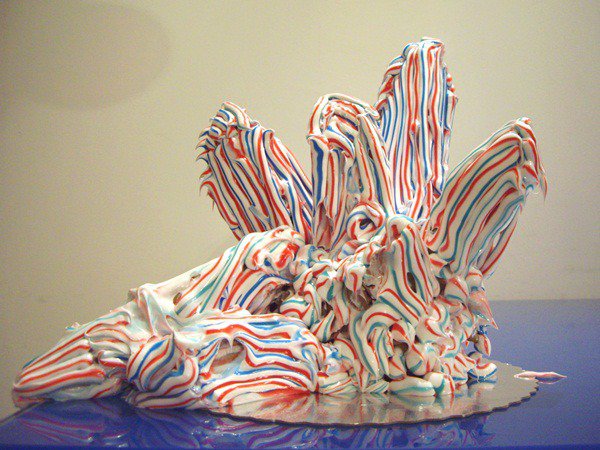 "Body without Body" is a group exhibition with works by contemporary Israeli sculptors, curated by Tel Aviv-based artist Liav Mizrahi. Concerning his motives in developing an exhibition concept that takes into account the specific context of the Georg Kolbe Museum, he explains: "The personal experience during my stay in Berlin and the involvement with Georg Kolbe's sculpture made me think about the representation of the body in contemporary art. In the 1920s Paul Schilder, a German psychiatrist and psychoanalyst, coined the term 'body image' (Körperschema). He argued that the body is a tool that can expand and contract. Schilder further claimed that all that comes into contact with the body is loaded with libidinal-narcissistic energy effectively making the object a part of the body. 'Body image' is thus constituted by the relationship between its corporality and the objects linked to it: hat, towel, prosthesis, bed and so on. Similarly, young Israeli artists represent historically, socially, politically and artistically layered visions of the body. In my opinion, these layered visions uncover this generation's unconscious experience of wars in Israel. In addition, contemporary Israeli art includes almost no figurative sculpturing to build from. Most of these artists fragment the body: they cut, mutate, degenerate, and crucify the human figure. This abstraction could be linked to the Biblical commandment: 'You shall not make for yourself an idol.' Furthermore, it echoes the Third Generation of Israeli art, with its emphasis on Paucity of Material.

The exhibition 'Body without Body' draws attention to an abstract form of sculpture inspired by the body or objects connected with it. The body may appear as a fragment or disappear entirely. The body is a remindful body, it brings global and local, private and collective events to mind. The exhibition opens up a space for these intertwined images of the body."

With generous support of the Israeli Embassy in Germany, the Ursula Lachnit-Fixson Stiftung, Rafael Roth and the Friends of the Georg Kolbe Museum.