The non-commercial gallery Ynglingagatan 1 was a vital forum for Swedish contemporary art in the 1990s, featuring international artists such as Pierre Huyghe, Dominique Gonzalez-Foerster, Takashi Murakami, this exhibition is a retrospective presentation of works from the gallery's programme. Events, debates and lectures will also be organised to reflect the thoughts and ideas that were circulating at the time when the gallery was operating. 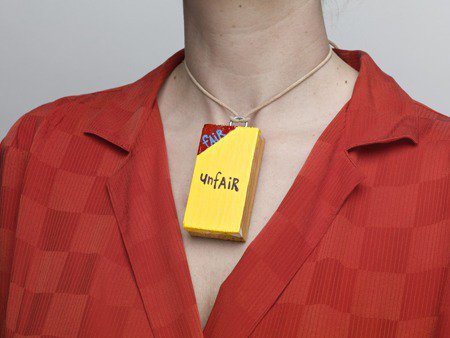 Following this spring’s events and magazine projects on the 1980s, Moderna Museet moves on in Swedish art history to the 1990s, with the exhibition Moment – Ynglingagatan 1. The non-commercial gallery Ynglingagatan 1 was a vital forum for Swedish contemporary art in the 1990s,and M/M (Paris), decades before their works were recognised by critics and major institutions all over the world.

With modest means and fuelled by a feeling of exasperation with the existing art scene, Ynglingagatan 1 took matters in their own hands in autumn 1993. Their first exhibition was Bjarne Melgaard. The focus on relational aesthetics, cross-disciplinary art, design and fashion, and a distinctly international profile helped to set Ynglagatan 1 apart from other galleries and art institutions in Stockholm. Ynglingagatan 1 was also a launching pad for the careers of a group of Swedish artists, including Karl Holmqvist, Ann-Sofie Back, Peter Geschwind and Johanna Billing.

- The impelling force behind it was frustration with the stagnation of the established art scene. Young artists had nowhere to exhibit their work. And nobody showed foreign artist here either. The vision was to create an alternative art scene, like the one they had seen in New York, but which still did not exist in Sweden, says Thomas Ekström, co-founder of Ynglingagatan 1 and curator of this exhibition.

- Perhaps this retrospective can serve as an inspiration to artists today. If you’re not happy with the art scene as it is, you have to invent your own. It works, says Daniel Birnbaum, director of Moderna Museet.

The exhibition Ynglingagatan 1 is a retrospective presentation of works from the gallery’s programme, in chronological order. It attempts, as far as possible, to feature the works that were exhibited at the gallery, comparable works from the time, or documentations of exhibitions and projects. With its ambition to specifically highlight the 1990s, the exhibition serves as a prism. Events, debates and lectures will also be organised to reflect the thoughts and ideas that were circulating at the time when the gallery was operating.