Selections from the Ella Fontanals-Cisneros Collection. The group show includes over 60 pieces by 41 artists from different generations and latitudes, who share a common experience of promoting and transforming conceptualist practices, which have resulted in becoming an ever-present and driving force in contemporary art today. Among the artists: Vito Acconci, Bernd and Hilla Becher, Ana Mendieta, Sophie Calle, Joseph Kosuth, Francesca Woodman... 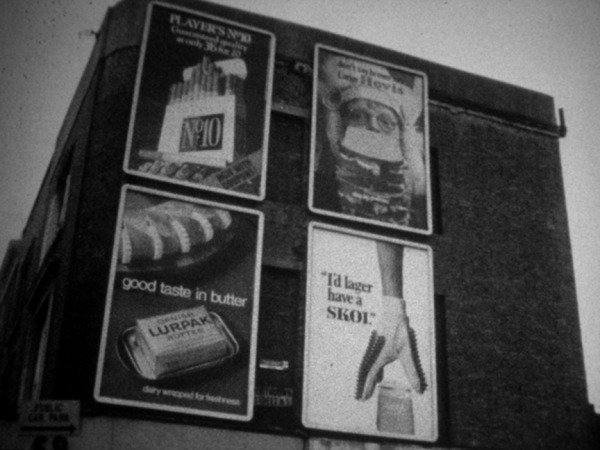 Frames and Documents: Conceptualist Practices. Selections from the Ella Fontanals-Cisneros Collection includes over 60 pieces by 41 artists from different generations and latitudes, who share a common experience of promoting and transforming conceptualist practices, which have resulted in becoming an ever-present and driving force in contemporary art today.

The exhibition overlaps geographically and chronologically, highlighting the artist's journey as historian both through an institutional critique (Frames) and through their capacity to question the ways in which we relate to memory (Documents). Because it is a selection of notable works from the Ella Fontanals-Cisneros Collection, rather than following the historical canons that have dominated the study of conceptualist practices or focusing on a particular origin or time of production, the diverse set of works in this exhibition offer a route to understanding the de-decentralized and discontinuous nature that actually defines Conceptual Art.

The works included in the exhibition highlight three distinct instances within the trajectory of conceptual art between the 1960's and the late 1980's. One group of artists included in the exhibition are those associated with the birth of conceptualism: Vito Acconci, Bernd and Hilla Becher, Luis Camnitzer, Joseph Kosuth, David Lamelas and Ed Ruscha, for instance. Another group consists of artists like Marina Ambramović, Lothar Baumgarten, Juan Downey, Eugenio Espinoza, Anna Maria Maiolino, Gordon Matta-Clark, Ana Mendieta, John Smith and Francesca Woodman who, mainly working in the seventies, participated in the dissemination of conceptualist practices across geographical and cultural boundaries. The third group of artists seen in Frames and Documents are those that worked in the 1980s such as Ricardo Brey, Sophie Calle, Eugenio Dittborn, Louise Lawler, Claudio Perna, and Allan McCollum, among others.

Jesús Fuenmayor
Jesús Fuenmayor is a curator based in Caracas, Venezuela. Fuenmayor has been the Director of Periférico Caracas / Arte Contemporáneo, a contemporary art space since 2005, where he has organized more than 30 exhibitions. This year, he has been the advisor for "Ciudad Sensorial", a program of urban interventions by artists which he founded for the Sucre Municipality in Caracas. He has also been a member of CIFO's Honorary Advisory Committee since 2009. He was an advisor to Museo Jacobo Borges, Caracas, 1992-1995; associate curator at Espacio 204, Caracas, 1995-1997 and held a post as a curator for the Museo Alejandro Otero, Caracas, in 2004.

Philippe Pirotte
Philippe Pirotte works as a curator and art critic based in Antwerp, Belgium since 1996. He is the founding Director of the contemporary art center Objectif_ Exhibitions and acted as Artistic and Managing Director of the Kunsthalle Bern, Switzerland from 2005 until 2011. He is also Senior Advisor at the Rijksakademie in Amsterdam.

The Cisneros Fontanals Art Foundation, is a non-profit organization established in 2002 by Ella Fontanals-Cisneros and her family to support artists who are exploring new directions in contemporary art.

Image: David Lamelas, 'A study for the relationship between inner and outer space', 1969 Courtesy the artist

Thursday, December 1
10am Kreëmart presents Digestible NEWS by Miralda / Food Cultura
Participate in this collective work by making your own edible newspaper. The idea is to encourage people to think about the parallel between consuming and digesting information and consuming and digesting food. The aim is to reflect the urban cultural context and presence at Art Basel Miami Beach on the pages of the "newspaper," peppering it with a creative, ironic and critical edge.

Saturday, December 3
10:30am Curators in Conversation
Join exhibition curators Jesús Fuenmayor and Philippe Pirotte in a conversation with Julieta González, Associate Curator of Latin American Art, Tate Modern. The informal discussion will take place in the galleries and will examine the curatorial process behind Frames and Documents: Conceptualist Practices. Selections from the Ella Fontanals-Cisneros Collection as well as highlight key works in the exhibition.