This second exhibition aims to show the public selected works from the Bilbao collection, put them in context and thus offer a detailed overview of the collection's focus and orientation. The show explores the work of a series of influential European artists who burst onto the ideological, economic, social, and political scene of the 1970s and 80s and instigated a fascinating artistic debat. Among the artists: Georg Baselitz, Christian Boltanski, Anselm Kiefer, Jannis Kounellis, Richard Long, Gerhard Richter, and Francesc Torres. 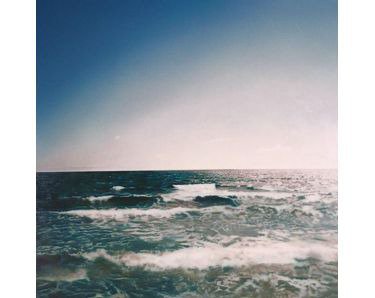 This exhibition is the second in a series scheduled to take place between 2009 and 2012 featuring works from the Guggenheim Museum Bilbao collection. On this occasion, the exhibition examines an artistic debates of the 1970s and 1980s initiated by a generation of European artists whose careers began in the 1960s and 1970s are represented here by selected works produced from the late 1980s to the present.

Over the decades, the artistic vision of these artists—most of whom were born in an era of great political unrest—inspired a wide variety of contributions to contemporary art. Each of these creators reacted to the ideological, economic, social, and political forces that shaped the course of events in that period. The return to a more personal style of reflection and to the appropriation of the past as a record of existence itself was expressed using various formal expressions and mediums. The solid materiality of Anselm Kiefer, the gesturality of Georg Baselitz, the romanticism of Gerhard Richter, and the installations of Richard Long, Christian Boltanski, Francesc Torres, and Jannis Kounellis illustrate the complex creative and contemplative processes of this generation of artists.

Baselitz was one of the most prominent artists of the post-World War II era and one of the greatest inspirations for younger artists. The Guggenheim Museum Bilbao has recently acquired his series of sixteen large-format canvases titled Mrs. Lenin and the Nightingale (2008), which is on view here for the first time. These paintings combine historical and autobiographical references with word play and enigmatic phrases reminiscent of contemporary artists such as Frank Auerbach, Jake and Dinos Chapman, Tracey Emin, Lucien Freud, Damien Hirst, and Jeff Koons.

The creation of the Guggenheim Museum Bilbao entailed making a commitment to build up a collection that would complement the works owned by the other museums in the Guggenheim Network (the Permanent Collection) but that would also have its own unique identity and distinctive qualities.

In keeping with this commitment, today the Guggenheim Museum Bilbao collection includes a total of 113 works by 69 different artists, which span the years from 1950 to the present day.

Guggenheim Museum
Avenida Abandoibarra, 2 - Bilbao
Hours: Tuesday to Sunday: from 10 am to 08 pm
Monday: July and August from 10 am to 8 pm; closed the rest of the year
Admission: 11 euro, 6.50 concessions