The show inspired by the month of December in which the winter solstice occurs on the shortest day of the year, it's a selection of works by twelve gallery artists that represent the change in season. 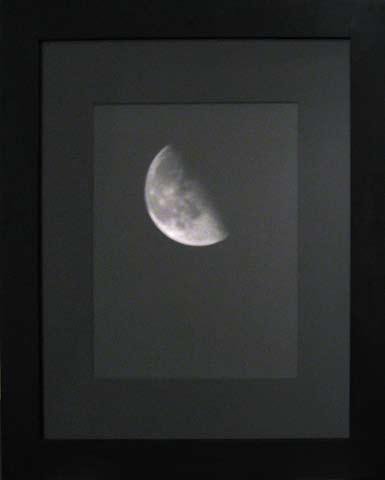 Kim Foster Gallery is pleased to present “NIGHT” inspired by the month of December in which the winter solstice occurs on the shortest day of the year. Curated by Antonio Petracca, “NIGHT” is a selection of works by twelve gallery artists that represent the change in season.

E.E. Smith’s elegant photographs are stark, graphic and appear absolutely untouched by human hand.Their luminosity fixes these images as Platonic ideals, as manifestations of our desire for perfection. Moon Beom’s paintings conjure a mystical world of mountains, cliffs, rivers, and forests that materialize from complex abstractions. To achieve this effect, he applies oil stick on a monochrome surface, using his hands and fingers. Sarah Leahy’s hazy landscapes are created by applying layers of black ink wash on a clear sheet of plexiglass. She sands away areas to allow the light to escape from the black.

Christian Faur’s work deconstructs and transforms. He creates computer systems that convert code into an infinite set of possibilities of color, pattern, and tonality. This information becomes imagery that comprises thousands of col- ored crayon tips.

Dan Hernandez creates a world in which mythological and religious iconography coexist with video game imagery. In line with his tongue and cheek approach, he paints fresco style on cracked plaster. Shigeru Oyatani combines Eastern and Western traditions. Buddhist philosophy snuggles up with a holiday tree full of cats.

Susan Wides manipulates reality through her camera lens. Places appear blurred or hyper-sharpened. At times it doesn’t appear real at all, leaving the viewer lost in reverie. In his photographs, Jay Fine captures the spirit of Lower Manhattan. Similar to Weegee, he has a knack for appearing at just the right moment.

Jim Toia and Blanche Nettles Powers manipulate nature. Jim Toia takes advantage of the way in which mushrooms drop their spores, corralling them to make incredibly complex visual networks of swirling, twisting, and indefinable imagery. Powers’ process is similar, but her outcome is more linear and geometric. She manipulates the staining from Spanish moss, creating a diaphanous and ethereal image.

Louis Renzoni and John H. Howard are both voyeurs. They capture the private moments that unfold in the more intimate recesses of the city.