Mathieu Bonardet, Paula Castro, JP Noordman. Those three artists are related with a common point: drawing could be apprehended and read in different ways. They all have a double meaning; the eye can read either in a vertical or a horizontal way. 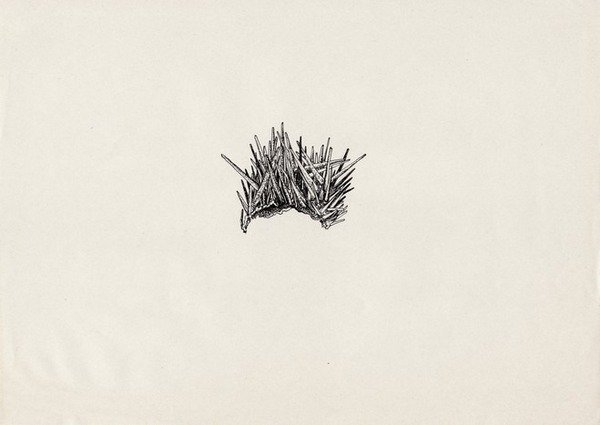 Their drawing approach is contemporary either in their gestures or in their thoughts. They set up new interaction between movement, space and time with their own technique. Drawing is considered as an extension of the mind compiled with a specific and determined gesture making the thought visible.

Those three artists are related with a common point: drawing could be apprehended and read in different ways. They all have a double meaning; the eye can read either in a vertical or a horizontal way. Being reversed, new information would appear; the drawings can be looked at upside down.

While Paula Castro cautiously captures perceptible details, Thomas Bonardet repeats over and over the same specific gesture. On the other hand, Jacob Peter Noordman expresses a spontaneous line with few movements.

Drawings are not substitutes of reality, they do not specifically represent something. They appeal to the conscious and the unconscious. It seems to appear what it is not and “develop our imagination to get to the vision state” (William Blake).

Paula Castro releases a true energy, a new life with her very detailed drawings. A rock becomes alive with hundreds of points, an ice-cream ball comes alive, a trivial detailed emerges as a cascade of points.Facing Jacob Peter Noordman, Mathieu Bonardet presents several panels. The space between each panel represents a breath but is also the framework of the room where the panels are lines, sign of resistance against immobility. Jacob Peter Noordman is spontaneous. His drawings find their meaning in an alternative language, it represents either realistic objects, invented or figurative ones. Once, he pays tribute to Joseph Beuys, the other time he represents a flying house without any connection with reality.

Facing those palindromes, “the imagination may be on the verge of regaining its rights” (André Breton)