The solo show 'Going on Foot' by Kianja Strobert will feature new works on paper and sculptures. The works in the group show 'Signed, Sealed, Delivered' use mail systems to highlight the changes in communication technologies and artists' reaction and relationship to them. 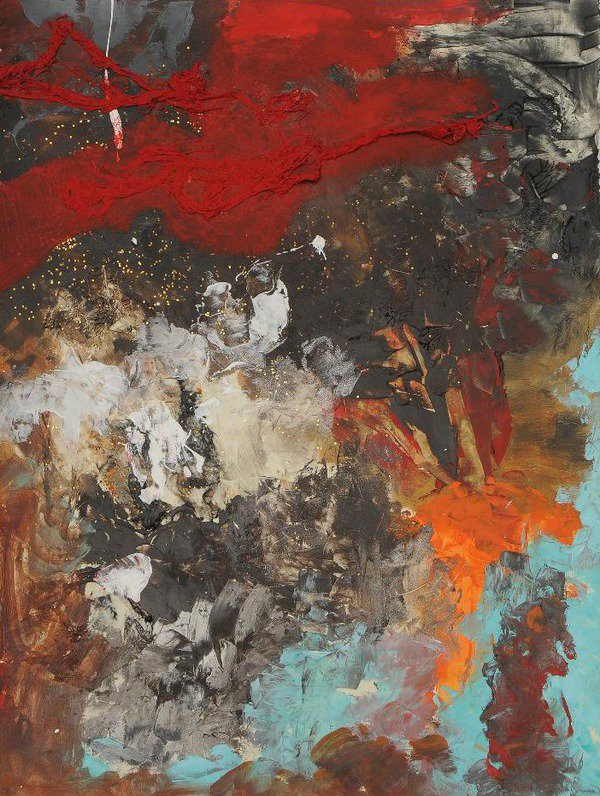 Zach Feuer Gallery is pleased to present Going On Foot, the gallery's first exhibition of work by Kianja Strobert. The exhibition will feature new works on paper and sculptures.

The works on paper are composed of various media. The sculptures feature found ceramic shards bordered in razor thin, flexible electroluminescent wire pulsating in a range of colors that are often laid out on repeating industrial cement blocks on the floor. Both bodies of work share a similarity through the use of line to keep a pace or tempo. In the sculptures the pace is complimented by the movement of the viewer around the piece. This movement is further enhanced through the pulsing light, painted stripes on the blocks and repeating units providing a more subliminal tempo.

In addition, the two bodies of work mirror one another in texture. The works on paper are comprised of multiple series that use similar pictorial strategies, including a shared color palette. In these works, Strobert is preoccupied with getting the right mark in the right color in the right place. Every edge in her work should hold its own to create the illusion of depth, perspective, light, and motion. The vertical lines in the larger works, all of which contain a red edge that temporally link the works, allow for a visual tempo just as the painted line does in some of the floor pieces. In the smaller works, Strobert tries to soften the idea that the image has a boundary. As a result, changes in light, color and texture feel appropriate to establishing a realistic field of space.

Kianja Strobert (b. 1980) lives and works in Hudson, New York. She received her M.F.A. from Yale and her work has been featured in several exhibitions including 30 Seconds Off an Inch at the Studio Museum of Harlem.

The works in Signed, Sealed, Delivered, use mail systems, the internet and representations of mail ephemera to highlight the changes in communication technologies and artists' reaction and relationship to them. From Ray Johnson, often labeled the father of Correspondence Mail Art, and his thousands of collages meticulously created and sent through the US Postal service to Debo Eliers and his references to Twitter, the concise, 140-character form of communication; the artists' in the exhibition highlight variants in non-oral forms of communication, and in doing so force us to examine their relevance and place in society.

Johnson's work in establishing mail art as a recognized genre began a lineage, that includes the work of
Cleveland, Beshty, Solomon, and Kawara, of artist's whose pieces are activated by the act of mailing. The
function of this practice leaves an element of chance, destruction and democracy to the works, as they are
handled by many and not treated as precious objects for a period of their existence.

The swift changes in communication since the advent of the computer and internet can also be traced through the works in the exhibition. Warhol and Beuys' faxes were a novelty at a point when the fax machine was coming into common use and Calle's e-mail break-up highlights the reality of important human interactions being relegated to
short, unemotional paragraphs of text.