The State of Image

This exhibition is an attempt to juxtapose two pioneers of media art, Zbigniew Rybczynski (PL) and Gabor Body (HU), both of whom developed under the influence of the first European avant-garde. It shows stages of their creative development that is a demonstration of how boundaries between East and West might be flux. Presented videos, animations, drawings, calculations and wide-ranging reflections reveal the universalistic quality of their art that is utterly humane. 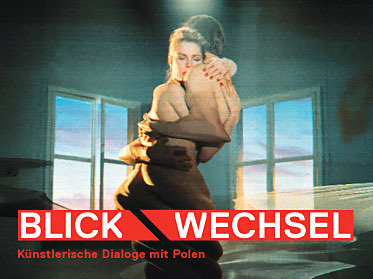 From October 28, 2011 to January 1, 2012 Akademie der Künste (Hanseatenweg 10, Halle 2) hosts an exhibition The State of Images. The Media Pioneers Zbigniew Rybczyński and Gábor Bódy, organized as part of the Polish EU presidency and developed by WRO Art Center (Wrocław), Akademie der Künste (Berlin), Polish Institute in Berlin and C3 Center for Culture & Communication (Budapest). This unprecedented exhibition is an attempt to juxtapose two pioneers of media art, Zbigniew Rybczyński (PL) and Gábor Bódy (HU), both of whom developed under the influence of the first European avant-garde. They begun their artistic enquiries in the early 1970s and immediately took on the challenges of the new media technologies, initially as experimental filmmakers and then in the field of video. Despite similarities, their artistic apparatus is highly distinct: Rybczyński is a painter, illustrator, designer, and an engineer. Bódy in contrast is a poet, linguist, semiotician, and a dramatist.

Surprisingly, the paths of these two artists from Central Europe have never crossed before. This exhibition gives a unique opportunity to both appreciate their different artistic languages as well as seek for possible intersections. One immediately noticeable trait in their oeuvres is the spirit of progressive, radical and revolutionary experimentation. Over the years they have used technology to persistently examine the boundaries of both technology and human imagination; regardless of the socrealist regimes in which both of them initially worked. Yet even after moving westwards, where technology was much more advanced and well-developed, they did not relinquish this spirit. In fact, for both Rybczyński and Bódy technology was always a tool and never a goal in itself.

The exhibition shows stages of their creative development that were building up through time but also through space and is at the same time a perfect demonstration of how boundaries between East and West might be flux. Presented videos, animations, drawings, calculations and wide-ranging reflections reveal the universalistic quality of their art that is utterly humane.

Zbigniew Rybczyński (1949) is a director, cinematographer, screenwriter, creator of experimental animated films and a multimedia artist. He is renowned for his innovative audiovisual techniques and pioneering experimentation in new media technology.

Studied at the Łódź Film School (PWSFTviT). Became a member of an avant-garde group the Film Form Workshops and cooperated with the Se-Ma-For Studio in Łódź. In 1983 won the Oscar Award for Best Animated Short and moved to work in New York where collaborated with MTV creating music videos for, among others, Mick Jagger, Lou Reed and John Lennon. Over the years has been experimenting with HDTV. Currently is setting up Wrocław Visual Technology Studio—a project developing cutting-edge solutions in special effects. Rybczyński was honored with numerous prestigious awards including: Emmy, Electronic Cinema Festival Awards in Tokyo, Kurzfilmtage Oberhausen, MTV, and Prix Italia.

Gábor Bódy (1946–1985)—cinematographer, artist and theoretician—studied philosophy and history at the University of Theatre and Film, Budapest (1964–1971). As a member of the Béla Balázs Studio organized The Film Language Series and the experimental group K3. In 1982 received a scholarship from DAAD Berliner Künstlerprogramm and moved to partly live in Germany. He lectured both at the Berlin Academy of Film (DFFB) and in Hungary. In the mid 1980s worked in Vancouver, Canada. After his death Bódy was awarded FIPRESCI prize in 1986 for the lifetime achievement.

Part of
Obok – Next Door! The Polish Cultural Programme in Berlin
Autumn/Winter 2011/12 http://www.berlinerfestspiele.de/obok