An Ode to Discernment

The group show offers divergent perspectives with an increasing degree of spectator engagement required in order for each work to achieve its heightened-order of realization. 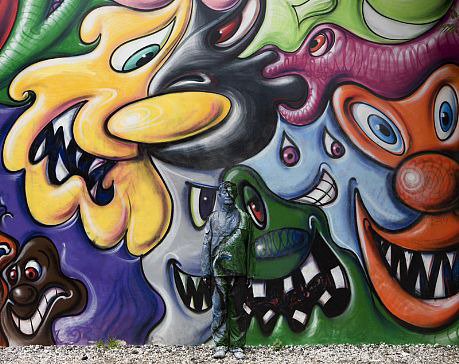 The works from this dynamic group of artists require a need for participation and contemplation from the viewer in order for each work to be fully appreciated. Independently, the works urge the viewer to inwardly explore the complex realms of visually-spurred discernment and in doing so to catalyze a dialogue to be explored throughout the gallery.

An Ode to Discernment offers divergent perspectives with an increasing degree of spectator engagement required in order for each work to achieve its heightened-order of realization. While imparting common attitudes toward societal and consumerist trends, this group of Chinese artists contemporaneously tests the patience and awareness of their spectators. Using varied expressive channels of spiritual exaltation, illusory composition, and captured tales of omission, the provocative works expose the rich dialectical relationships that visually suggestive artwork initiates when at its full potential.

From a puzzling labyrinth to embroidered nostalgia, An Ode to Discernment envelops the viewer both viscerally and cerebrally, providing more than a mere aesthetic stimulus. The viewer is challenged to extend one’s analytical and emotional faculties far beyond the visual.