Carla Zaccagnini, Gabriel Sierra, Marcius Galan, Marila' Dardot, Nicolas Paris, Rodrigo Moura. The exhibition is a response to the astounding role played by desenho in Colombian contemporary art practice, where site specificity becomes central. Drawing is therefore considered as a field that proposes a critique of itself. 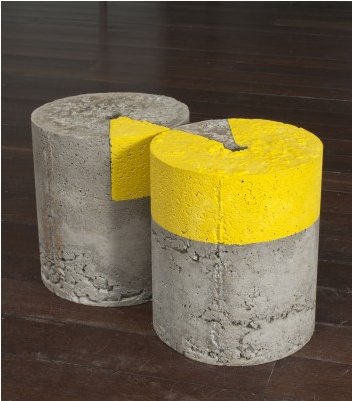 Casas Riegner Gallery is pleased to announce the opening of DES(ENHO), a group exhibition curated by Brazilian art critic, editor and curator Rodrigo Moura, featuring works by Carla Zaccagnini, Gabriel Sierra, Marcius Galan, Marilá Dardot and Nicolás Paris. The Portuguese word Desenho, meaning drawing and design, sets the stage for a truly groundbreaking exhibition that stems from the curator’s interest in the relocation of drawing in contemporary art practice. According to Moura, most of the works on view are concerned with an idea of drawing in the expanded field, from paper to video, performance, artist books, sculpture, writing, sound, and photography. Drawing is therefore considered as a field that proposes a critique of itself. As stated by Moura, “actions of transformation and erasure through drawing, take on a highly significant role in the genesis of the exhibition.” Likewise, the exhibition is a response to the astounding role played by desenho in Colombian contemporary art practice, where site specificity becomes central.

Rodrigo Moura currently works as a curator at Inhotim, the outdoor contemporary art museum in Brumadhino, Minas Gerais. From 2001-2006 he held the position of assistant cuartor and later curator at Museu de Arte da Pampulha in Belo Horizonte where he organized exhibitions by renowned artists like Damián Ortega, Ernesto Neto, and Renata Lucas among others. Moura has written extensively on art and culture for Brazilian and international journals.

Nicolás Paris was born in Bogotá in 1977 where he currently lives and works. He has exhibited individually in Mexico, Colombia and, Spain. Recent group exhibitions include: “A Terrible Beauty is Born” 11 Lyon Biennial, Lyon, France (2011); “The Peripatetic School: Itinerant Drawing from Latin America,” The Drawing Room, London, England (2011); and “Illuminations,” 54th Venice Biennial, Venice, Italy (2011).