Group exhibition of short films and videos, by artists known for working with physical materials, on how time-based media can facilitate our engagement with object-based practices. Curated by Rebecca Geldard. 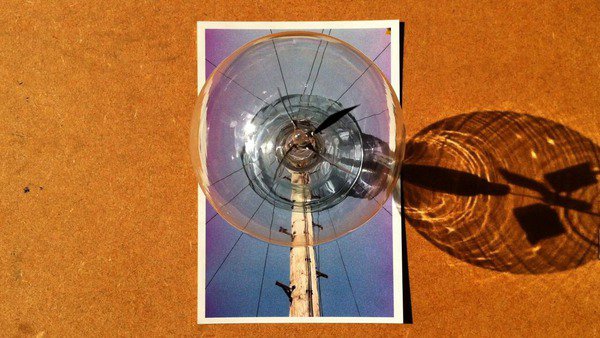 The artists participating in ‘Other Surfaces’, a single-projection show-reel of short films and videos, are essentially known for materially hands-on approaches to making. While there are some obvious points of connection -- few appear concerned with the conventions of the medium -- it’s unlikely they would ever be shown together as a group of object and mark makers. Yet, however diverse each individual line of enquiry, all use video as a research tool as much as a recording device: a means of finding other ways around the issues of representing ideas with things. This exhibition, sat somewhere between the screening and the group show, offers a quiet space in which to consider what these artists do, both behind and life-side of the lens.

Vanessa Billy pushes the physical and associative limits of the materials and modes of display at her disposal. The poetic relationships that result from the artist’s placement of found and constructed objects and imagery recall those between bodies, the interior and the physical worlds. Fleshy subject and metal object appear to meld in ‘Learning Body’, a gymnastic testing of the co-dependency and properties of these structures and the parameters of the video frame itself.

Lloyd Corporation (Ali Eisa and Sebastian Lloyd Rees) use variable modes of art and design display (installation, assemblage, video) to undermine the perceived cultural and commercial cache of particular aesthetic languages. Their re-editing of Bang and Olufsen promo material for ‘Interior Music’ disrupts the marketing mantra just enough to loosen the synthetic lifestyle skin from the art-directed reality underneath.

David Cotterrell is an installation artist who uses every material and technology required to describe a range of socially complex positions: from that over public land locked by corporate bureaucracy to the view from inside a war zone or over the side of Captain Bligh’s lifeboat into factually shaky territory. Physical feats often figure in the process and ‘Hero’ proposes a real and precarious human-machine interaction as a lone figure attempts to ‘manage’ Shanghai traffic.

‘Deadendless’ offers another route around Tom Dale’s interest in the impressively pointless endeavour. The sculptor has recreated Evil Knieval’s ramp, adapted numerous household items and furniture to futile but nevertheless anthropomorphically resonant ends. Here, the simple act of travelling while wearing a plastic bag becomes a sinister moment of physical theatre that teeters between prank and disaster. The work calls into view myriad references from cinema and performance art but, mostly, Dale’s own material means of manifesting moments of inarticulable awkwardness.

‘Game of Cards: a scene from Barry Lyndon’ is the collaborative video project of two hard-edged abstract painters. The purposely-skewed logic of Clare Goodwin’s formal compositions describes the rub between the design impact and social significance of motifs as markers of a particular period, specifically the 1970s. Paul Harper’s rigorous arrangements and colourways also interfere with our perceptions of iconic painterly languages, now endlessly reproducible components of the contemporary visual experience. This surprisingly tender, almost, but never quite, ludicrous 1:1 translation of a cinematic scene, speaks of the eclectic journeys of art forms through time.

The idea for ‘Other Surfaces’ emerged after an essay-research trip to Lee Maelzer’s studio when she showed me some unedited footage of Ridley Road recorded from a skateboard. The artist is known for her interest in the mediated image, specifically photography, and ability to render generic stuff -- London market detritus, for example -- in paint as if they were the last mental snapshots of a life cut short by an accident. ‘Ground’, with its lack of horizon, transports one out the painted-picture element of what Maelzer does and into the fabric of the image amongst the dirt, junk and anomalies that make it.

Sam Porritt’s drawings and sculptural works often situate the viewer between the perfunctory and sublime. Beautifully executed linear doodles also remind one of unconscious exercises; alogical arrangements of readymade and unmade things can appear precise experiments on the contingent nature of art and life. ‘Picasso Gets Everywhere’ explores just that fact, as Porritt finds facets of the famous artist’s teachings and visual vocabulary amongst everyday journeys and paraphernalia.

Mass production and minimalism meet in the spare object environments of Magali Reus. With ‘Finish’, Reus focuses similarly on the meaning and dominance of forms (in this case men), in a group. The race-like narrative provides a state of play in which to consider the human body as objectified territory and material element of a wider object context.

While none of the works here have been chosen to represent the artists’ concerns, John Strutton’s short trilogy of films offers the uninitiated a real insight into his studio practice, which incorporates drawing, personal archives, music and video. ‘Original Copy’, ‘Sapere Non Sanguinum’ and ‘Cactus and Curtains’ render the viewer privileged user granted access to surf Strutton’s rich interior world; one informed as much by tricks of the light on a difficult day as pop culture or the non-neutrality of objects and particular forms of expression as tools for thought.