An exhibition with a bite. The project presents scenarios for the future of our food based on the work of artists and designers. Through the works of Jankowski, Hendriks, Nitta & Burton, and O'Shea, the show is focused on the personal and very intimate relation between the human being and the food that is being put into and digested by the body. 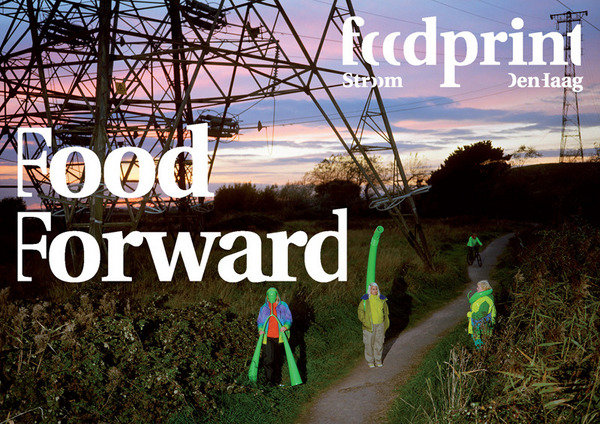 'Food Forward' presents scenarios for the future of our food based on the work of artists and designers. The starting point is the video ‘The Hunt' by Christian Jankowski (DE) that humorously puts the estrangement between city dwellers and food on edge. John O'Shea (UK) pushes the limits of the law in his attempts to achieve a more humane meat production and meat consumption scheme. Michiko Nitta and Michael Burton (UK) will present two scenarios from their larger study of life after agriculture: the symbiosis between humans and algae and a functional food regime. Arne Hendriks (NL) finally explores the possibilities and consequences of shrinking men to 50 centimeters. Uncomfortable? Alienating? The scenarios start from existing scientific research and new food trends and deserve our attention, because our food future is uncertain.

Through the works of Jankowski, Hendriks, Nitta & Burton, and O'Shea, 'Food Forward' zooms in on the individual's relation to food, focusing on the personal and very intimate relation between the human being and the food that is being put into and digested by the body. However, it also zooms out and considers the position of the human being in a larger ecological context; the relation between humans and their dwellings (cities, for an ever increasing amount of the world population), mediated by food. And, as the majority of the works in Food Forward show, very often one level implies the other one and vice versa.

While some of the future visions presented in Food Forward might seem more realistic or plausible than others, all of them are rooted in today's scientific research and existing or developing applications. The artists in this exhibition take these scientific as well as societal developments further and present far-reaching visualizations and scenarios for the future. It would be a mistake to think that through their futuristic nature, the works avoid the issue. On the contrary, they propose solutions by redefining the problem.

Food Forward thus enquires if we are still asking the right questions. Will there be a need for urban gardening and farming, if we agree to grow food in laboratories? Should we focus our attention to increasing or altering current food production systems or should we switch gears and focus on how we can alter humans and/or their consumption patterns to diminish the need for food? In other words: to which question is the answer given, to which need is an action undertaken, to which situation is a statement made?

Curator Karen Verschooren
'Food Forward' is curated by the Belgian curator Karen Verschooren. She works as a curator at Z33 in Hasselt (BE) and is the chairman of the assessment committee for audiovisual arts at the Flemish Community. Recent exhibitions of her include 'Werk Nu' (2009) and 'Alter Nature' (2010- 2011). At the moment she is also working on 'Mind the System, Find the Gap' that will open at Z33 in June 2012.
During the opening Foof Forward weekend, on January 15, at 3 pm, she will give a guided tour through the exhibition at Stroom den Haag.

The exhibition is made possible by:
Mondriaan Foundation and The Netherlands Architecture Fund, Koppert Cress, Dunne & Raby.

This exhibition is part of the Foodprint program.