MIE: A Portrait by 35 Artists

Drawing on the ancient tradition of portraiture, but bringing the medium into a contemporary discourse, this show of multiple interpretations of one subject - MIE - promises to be rich and provocative in its variety, insightful and illuminating in its focus. Co-curated by Mie Iwatsuki and Nick Lawrence. 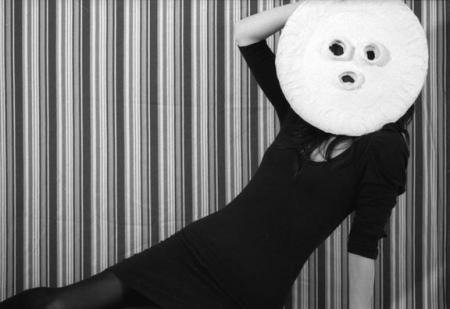 Long a muse and subject of many contemporary masters in the art world, curator/model Mie Iwatsuki joins forces with gallerist/curator/artist Nick Lawrence, of Freight+Volume, to create a very special, intimate portrait show, aptly titled "MIE: A Portrait By 35 Artists". Drawing on the ancient tradition of portraiture, but bringing the medium into a contemporary discourse, this show of multiple interpretations of one subject - MIE - promises to be rich and provocative in its variety, insightful and illuminating in its focus. MIE features 35 contemporary prominent and emerging artists, working in every medium - painting, drawing, video, sculpture and performance - who have achieved a unique voice in the realm of portraiture.

The contemporary discourse on the portrait is one of the most challenging to clarify because of its wide use and traditional importance throughout art history. For thousands of years we have sought to unveil the human condition by producing portraits of individuals which transcend particular moments of time, culture, and social circumstances. Idiosyncratic Greek and Roman portrait busts, masterpieces like the all-encompassing Mona Lisa by Da Vinci, Caravaggio's stunning David, the haunting Las Meninas by Velásquez, Holbein's quirky The Ambassadors, Madam X's mysterious visage by Sargent, Andy Warhol, the psychological study by Alice Neel, and microscopically-detailed Benefits Supervisor Sleeping by Lucien Freud are just a few examples of portraits that have weathered the ages and whose stories are still analyzed today.

As a medium, the portrait has always been a revelation - both a dissection of its subject as well as an abstraction. We are not just looking into the soul of another person as much as looking into our own souls when we view a portrait: indeed, the art form is similar to a mirror. The moment in time in the life of one person is not only frozen by the artist and his or her subject, but also by the viewer when engaged by the work of art in front of them. When we encounter such great works either in gallery, museum or private settings, we become a part of the painting; a triangular relationship is created between the subject, the artist, and the viewer.

The subject recorded in a portrait does not speak directly to the viewer, but its voice emanates through the filter of the regional, social, and cultural circumstances in which the portrait is created. It is further shaped by the technique of the artist and the unique interaction that takes place between the artist and the model throughout the painting process; this can include things as subtle as the time of day that the model sits, or the banter between them for the hours of company they keep. We don't see the subject of a portrait as just another person; we encounter ourselves, reflected back, as we construct a relationship with the subject and the artist who recorded him or her.

Considering the complex conditions that surround the creation of a portrait, what could we learn if we add the third voice of the model as a sort of mediator between the artist and viewer? The model has an advantageous position to observe the artist's creative process. By describing the conditions of the work's creation, the model can enrich the viewer's experience by giving them access to the artist and steering their interpretations more closely towards the artist's intentions.

Model and curator, Mie Iwatsuki has also written on the entire range of her experience as the subject for each of the artists' works. Her objective has been to work as closely as possible with the artist in the creation of each piece. She has made herself available to the artists for as long as necessary and has interpreted the personal stories and processes behind the works in order to share their experience and intentions as much as possible. Her observations, anecdotes, and criticisms will add a third dimension to the exhibition in lieu of the traditional gaze between artist and viewer. Her text will also be included in the catalogue, in addition to essays by John Yau, Peter Frank, Anthony Haden-Guest and Nick Lawrence.

A portion of the proceeds from the exhibition and catalogue sales will benefit the Japan Earthquake Relief Fund.

A full-color softcover catalog will be released simultaneously with the exhibition, on sale to the public for $25.