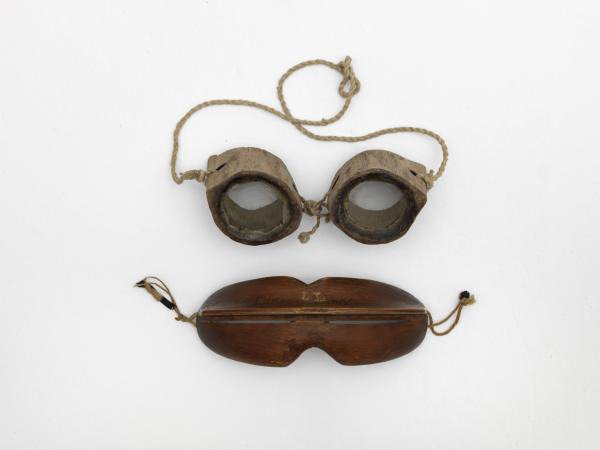 "In all cultures there has been a constant exchange of materials, goods, ideas and people that consciously or unconsciously shapes, turns and shifts our perception. There's always something somewhere from another culture. In this exhibition, artists make the objects move from one thought to another, from one space to another, creating a layering. They situate these objects once again, producing a new mapping for the 21st century. The word "Atlas" gives a geographic body to all these artefacts without reducing them to a single world map." (Otobong Nkanga)

For Object Atlas, seven artists were invited over the course of 2011 to undertake expeditions into the heart of the museum's stores in Frankfurt. Employing a contemporary approach to fieldwork and with a pronounced sensibility towards visual and material culture, each artist selected an assemblage of objects from the collection of over 67,000 artefacts. Working in close dialogue with the Weltkulturen Museum's research curators, image archivists and librarians, the guest artists lived and worked in the newly established Weltkulturen Labor with its apartments, studios, seminar rooms, laboratory, and image bank. This unusual form of domestic fieldwork has resulted in an experimental set of new artworks, produced on site and directly related to the ethnographic collections of the museum. The exhibition presents these artworks together with objects from the collection in special vitrines designed by Mathis Esterhazy.

Marc Camille Chaimowicz' installation "The Frankfurt Suite, 2011" is based on floral elements from Indonesia and Samoa as well as selected hats, headrests and belts from Africa. Nigerian artist Otobong Nkanga shows weapons, jewellery and currency from West and Central Africa as well as new posters produced in Lagos and textiles woven in Tilburg. Antje Majewski shows a series of paintings related to mythical, prehistoric stones from New Guinea. Simon Popper examines historical inventory cards from the museum and uses these to develop a series of paintings exhibited together with Peruvian Moche ceramics dating back over 2,000 years, cult figures from West Africa and betel lime containers from New Guinea. Thomas Bayrle selects finely woven fish traps from Indonesia and New Guinea and designs his own 'Trap for Stupid Cars'. Helke Bayrle and Sunah Choi present a video filmed in the museum's stores that investigates the figurative detail on over one hundred artefacts. The exhibition's reading room features the Qumran Verlag, Frankfurt's seminal publishing house. Initiated in the 1980s by writer and anthropologist Hans-Jürgen Heinrichs, Qumran's books and artists' editions epitomise the fertile dialogue between anthropologists, artists and writers in the twentieth century. In addition, field drawings and photographs of phallic megaliths made by artist Alf Bayrle (1900–1982, father of Thomas Bayrle) during an anthropological expedition to Ethiopia in the 1930s are shown for the first time together with the original stone and wood steles collected by the museum.