An exhibition about how Vlisco's Dutch textiles became a part of various West African cultures and found their way into international fashion, the visual arts, and photography. The exhibition has been put together by the Suze May Sho artists' collective, whose work focuses on the areas where art, design, and fashion meet. Yinka Shonibare, Kara Walker, Viviane Sassen, Lucy Orta, Meschac Gaba and many more. 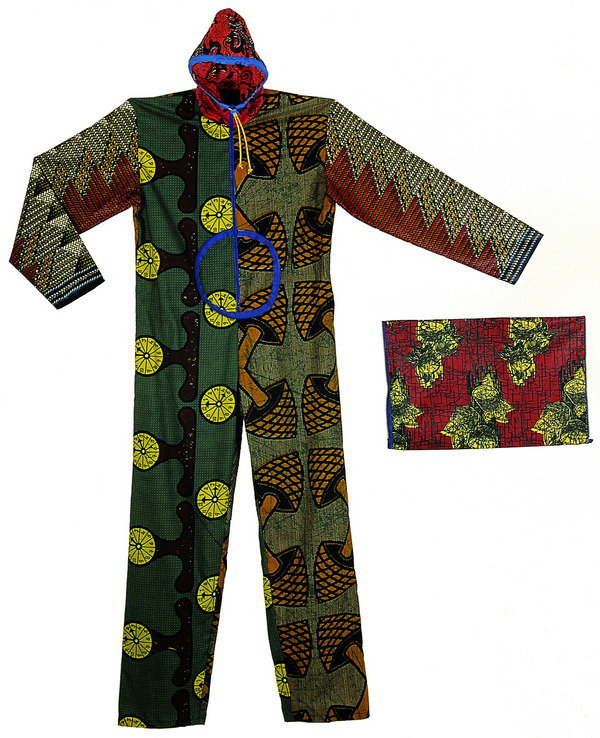 As early as 1846, the Vlisco company, based in Helmond, served the West and Central African market with Dutch Wax textiles. From 29 January through 6 May, 2012, the Museum voor Moderne Kunst Arnhem will present Six Yards Guaranteed Dutch Design, an exhibition about how Vlisco’s Dutch textiles became a part of various West African cultures and found their way into international fashion, the visual arts, and photography.

The exhibition Six Yards is a tribute to Vlisco textiles: over a hundred years old, born in Indonesia, designed in the Netherlands, loved in Africa, and desired in the West. These colourful fabrics make their way to fashion shows in Paris, the markets in Ghana, and galleries in London and New York. The exhibition Six Yards focuses on all the relevant angles, from their presence and meaning in the work of artist Yinka Shonibare, to the stories in the oral tradition that have come from the fabrics.

Timeless
Dutch Wax fabrics belong in all respectsto the Dutch heritage, they are the product of our commercialism. In the mid-nineteenth century, Vlisco’s factories produced batik fabrics for the Dutch East Indies, using wax (hence the name Dutch Wax) in the process. African soldiers stationed in Indonesia brought the colourful fabrics home, where they were very popular. Since then, the textiles have been inextricably associated with Africa and have become a familiar component of West African culture. The textiles have always been sold in lengths of six yards (roughly 5.5 meters), enough for a complete outfit, such as a skirt, top, and sling or head tie. These days, Vlisco launches a new collection of fashion fabrics four times a year and designs a limited collection of clothing. The collection serves as inspiration for African women and follows the rapid developments on the continent. Vlisco has also established itself in the world of international fashion; top designers like John Galliano, Jean Paul Gaultier and Junya Watanabe have worked with Vlisco patterns or fragments and translated them into silk, jersey and jeans.

Art, design, and fashion
The exhibition has been put together by the Suze May Sho artists’ collective, whose work focuses on the areas where art, design, and fashion meet. Through these disciplines, the collective makes a voyage of discovery through the world of Vlisco fabrics, the designs, and their often surprising significance. The exhibition explores the history of the textiles and their stories, touches on Dutch (post-)colonial history, takes a look at the differences and similarities between Western and non-Western cultures, and sheds light on how visual artists, like Viviane Sassen and Yinka Shonibare, as well as top designers around the world have been inspired by Vlisco’s textiles.

The fabrics symbolize the complexity of a concept such as 'cultural identity'. The works by Yinka Shonibare, Wangechi Mutu, Ellen Gallagher and Viviane Sassenshow that this identity is anything but one-dimensional. Top fashion designers from around the world illustrate the design canon 'less is more’ could sometimes be ’more is more'.

Publication
A substantial exhibition journal will accompany the show, in addition to the richly illustrated book Vlisco Fabrics (in English), with text by Anja Aronowsky Cronberg, published by ArtEZ Press, and a publication about Vlisco edited by José Teunissen, part of a series of monographs about Dutch fashion designers, published by d'Jonge Hond, Modelectoraat ArtEZ and ArtEZ Press.

Store
For the duration of the exhibition the museum shop will carry Vlisco textiles that can be purchased in lengths of six yards.