Looking at the View

Looking at the View will span 300 years of British art from the golden age of Romantic landscape painting right through to Land Art and contemporary artists' use of photography and film. It will group artists from different periods according to a common motif whether a horizon line or a winding path. 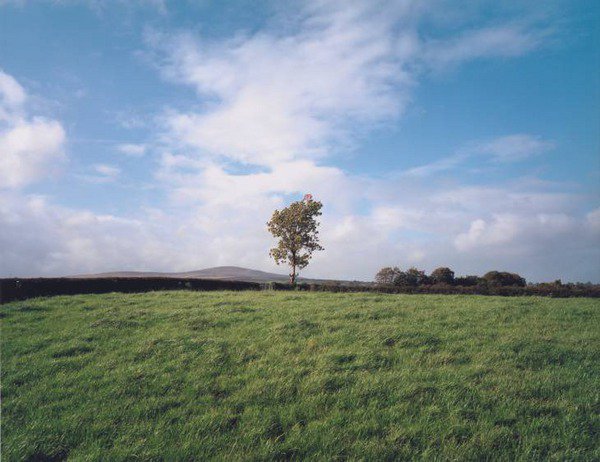 Artists across the centuries have depicted the landscape around them in a multitude of ways, from detailed close ups of nature to distant views framed by trees or soaring bird’s-eye perspectives. In early 2013 Tate Britain presents Looking at the View, a new BP British Art display exploring the ways British artists have framed the view in their work from J.M.W. Turner and William Hodges to Tracey Emin and Julian Opie. The display will reveal apparently unconnected artists have looked at the landscape in surprisingly similar ways, and raise questions about how much art influences the way we all see our surroundings.

Looking at the View will span 300 years of British art from the golden age of Romantic landscape painting right through to Land Art and contemporary artists’ use of photography and film. It will group artists from different periods according to a common motif whether a horizon line or a winding path. By juxtaposing work across time the display will highlight unexpected affinities between works by artists as various as Lucian Freud and Victorian agricultural painter Thomas Weaver or contemporary artist film-maker Tacita Dean and Pre-Raphaelite painter John Brett.

The display will offer an insight into the ways artists compose images, orientate the viewer and lead the eye. Richard Long’s photograph of a path trodden through a field guides the viewer’s gaze much like Romantic painter John Crome’s painting of Norwich in 1818. Tracey Emin’s photograph of herself in a wild landscape casually reading in an armchair echoes the ease with which Joseph Wright of Derby’s sitter lounges among the foliage in a painting of 1781. Shared visual languages which transcend different periods, movements and media are revealed.

Pairings of historical and contemporary art works in the display sometimes highlight changing social or political conditions. An idyllic painting by Sir William Nicholson from 1917 of a patchwork of English fields from on high at first resonates with contemporary artist Carol Rhodes’s aerial view painting Airport, until the viewer notices the urbanisation in the later work. Eighteenth century artist William Hodges uses a lone tree in the foreground to anchor our view in his depiction of India’s Rajmahal Hills, which reverberates with a similar motif two hundred years later in Paul Graham’s photograph of County Tyrone, except this time the tree flies a Union Jack flag, offering a glimpse of troubled politics.

Looking at the View will offer a visual journey through striking landscape works. Highlights include iconic works such as Gilbert & George’s The Nature of our Looking 1970, Patrick Caulfield’s After Lunch 1975 and John Nash’s The Cornfield 1918. This thematic display is part of the BP British Art Displays, curated by Penelope Curtis, Director, Tate Britain and Tim Batchelor, Assistant Curator 1550– 1750, British Art. Admission is free.
BP’s support for UK Arts & Culture

BP has supported arts and culture in the UK for over 30 years and currently focuses its support on long-term partnerships with four world class institutions; The British Museum, The National Portrait Gallery, The Royal Opera House and Tate Britain. More than 3 million people across the UK engaged with BP supported activity in 2011.

As a premier Partner of the Cultural Olympiad and London 2012 Festival, BP helped deliver several programmes and events that inspired young people and provided opportunities for everyone across the UK to be part of the London 2012 Festival. These included: the World Shakespeare Festival and Shakespeare: staging the world exhibition with the British Museum and Royal Shakespeare Company; BP Portrait Award: Next Generation with the National Portrait Gallery; The Olympic Journey: The Story of the Games with the Royal Opera House and The Olympic Museum; BP Summer Big Screens Metamorphosis: Titian 2012 and Falstaff with the Royal Opera House; and The Tate Movie Project with Tate, Legacy Trust UK and the BBC.