The exhibition presents important photographs by three series that span the artist's prolific career and are based around the theme of water: Icebergs (1986-2007), Evening/Northumberland Strait (1993-1996) and China (2001). 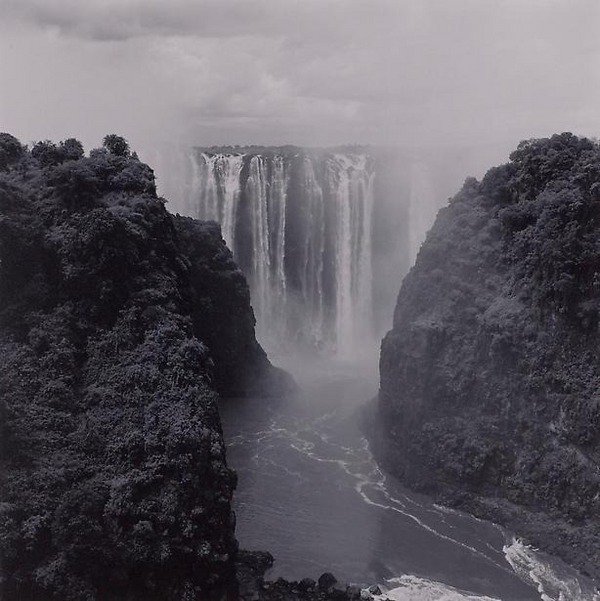 Galerie Edwynn Houk is pleased to announce an exhibition of important photographs by Lynn Davis (American, b. 1944). The show will take place from 2 February to 19 May 2012 and will draw from three series that span the artist’s prolific career and are based around the theme of water: Icebergs (1986-2007), Evening/Northumberland Strait (1993-1996) and China (2001).

Water in its various forms and spectacular manifestations around the globe has been a recurring subject and source of inspiration for Lynn Davis. She approaches every place intuitively and photographs each with a minimalist sensibility, stripping it bare of content and meaning in an attempt to capture its essence. She meticulously extracts basic geometric compositions that in return link one site with another, one body of work with the next. Davis transforms her negatives into luminous and exquisite black-and-white prints, painstakingly toning each with gold or selenium in order to achieve an even richer, more detailed photograph.

When Davis was first learning to make photographs together with her close friend and co-conspirator, Robert Mapplethorpe (1946-89), her work focused on the nude form. These formative works were made with the same visual style and formal rigor that ultimately became Davis’ hallmark, which suited her perfectly when she eventually abandoned the studio in favor of the world at large.

After Davis’ first trip to Greenland in 1986, her work changed dramatically in response of finding a sense of placidity in the forms and illuminations of icebergs. Subsequently, Davis has travelled to more than 70 countries and sought out some of the most remote monuments—both, natural and human-made—on a quest to portray these timeless places “of all cultures in every country.” However, over time her journeys to a world of wonders became less about exhaustive documentation than the search for an inner, almost spiritual connection with the universality of their basic forms.

In 2005, the American Academy of Arts and Letters awarded Davis an Academy Award in Art, making her the first photographer ever to earn such an honor. Her photographs have been exhibited internationally and collected widely. Her work appears in the collections of the Museum of Modern Art in New York, the Los Angeles County Museum of Art, the Chicago Museum of Contemporary Art, the Houston Museum of Fine Arts, and the J. Paul Getty Museum in Los Angeles, which held an important exhibition of Davis’ photographs in 1999.