There are many different 'Russias' - the Tzar time Russia, the Soviet', the Putin's etc. And every time we talk about the Renaissance or rebirth, the question arises: what kind of country you are going to revive, to whom is it necessary to give the invigorating kiss and the rejuvenating apple? In this complicated and extremely dramatic situation artists, visionaries and culture protagonists cannot stay aside. Everyone is trying to solve this burning question for himself. 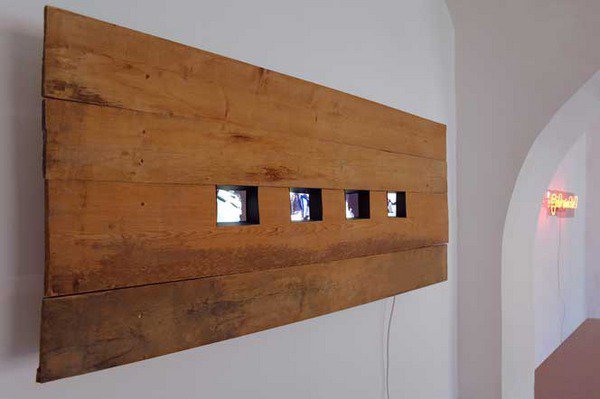 We use the term Renaissance to define the well-known European art-movement. If we combine this term with the adjective «Russian», we get a super-complicated semantic construction. Let us see, what it means…

According to the eminent literary critic Dmitry Likhachev, the Russian Renaissance «was only prepared, but for some reasons wasn't materialized in time and acquired long-term, diffuse nature». So we could trace Renaissance in any historical period of Russia from 15th century till now. For example, Nikolay Berdyaev proclaimed the beginning of the XX century as a starting point for the national «spiritual renaissance», expressed in the human's struggle for «the spiritual culture liberation from the yoke of social utilitarianism». We all know what was the result of this ideological battle from «The Internationale» hymn: «This is the eruption of the end/ Of the past let us make a clean slate/ Enslaved masses, stand up, stand up/ The world is about to change its foundation». In 1922 Nikolay Berdyaev was deported from Russia on the board of the legendary «philosophers’ steamer»(1) - the conception of Renaissance was definitely changed in Russia.

During the years of Perestroika, the punk-band «The Stupids» shook the country with the new, post-international hymn, named "Russian Renaissance". The song refrain was about Russian “big bad guys” who will sooner or later wake up from their sweet lethargy and show Europeans and the democrats what exactly a real “Russian renaissance” means. The at first glance absurd word usage illustrated new contextual opportunities for this phrase: as a metaphor of awakening and blossoming of something, as a kind of mental disease diagnosis, as something very spontaneous and frustrating and finally, as something on the edge of vulgarity (as a pathetic title for the porcelain dinner set). Russian Renaissance – is something beautiful in ugly surroundings with any hope for salvation, as a rose in a shit.

Starting with the post-perestroika period and another crash of reality, a nation once again plunged into the search for the delirious idea of the rebirth of Russia. On this occasion, the media compared the country with a patient who is more alive than dead and is in urgent need of resuscitation. But whether the team of rescuers was not very skilled, or the patient was too ill, for some reason, instead of healing, the country has acquired a number of clinical complications and chronic diseases.
These medical metaphors accurately describe the nowadays state of Russia, which sleeps in coma, like a beautiful bride in the fairy tale of the great Russian poet Alexander Pushkin. The enchanted country is waiting in a beautiful crystal coffin for her rescuer – Prince Yelisey. However, besides the fabulous bride, in a crystal sarcophagus rests another Russian "Snow White", the leader of the world proletariat and communism godfather – Vladimir Lenin. And perhaps, in anticipation of the destiny kiss, too...

There are many different «Russias» - the Tzar time Russia, the Soviet’, the Putin’s etc. And every time we talk about the Renaissance or rebirth, the question arises: what kind of country you are going to revive, to whom is it necessary to give the invigorating kiss and the rejuvenating apple? And for many years political and cultural forces are deciding what should be Russia.
In this complicated and extremely dramatic situation artists, visionaries and culture protagonists cannot stay aside. Everyone is trying to solve this burning question for himself.

The Austrian curator and gallery-owner Hans Knoll, who is researching and monitoring the Russian art scene and its market for the past ten years, saw the situation differently than we do from here. He studied it objectively and in terms of rational European approach (in comparison with irrational Russian). A number of important issues have not escaped Knoll’s attention, which for our internal situation-of-searching-the-Great-Russian-national-idea seemed unimportant. The absence of a normally working art market, long-term goals for players of art, evident migration of creative people from Russia to Europe, as well as the phenomenon of the Russian oligarchs, depleting the world's auction houses, and of course the political situation – all these things are also involved in the process of "Russian Renaissance". And will somehow finally influence the result.

The famous group "Blue Noses", positioning themselves as representatives of so-called Siberian art. In Russian context it means – wild Siberian men or savages with fine taste and encyclopedic art-knowledges. The typical carnival personages, who turn the world into ridiculous theatre of absurd. They could mix all Russian brands from vodka and salted cucumbers to Malevich and Russian avant-garde. For this show Blue Noses derived the formula of Russian national idea in the form of a glamorous, brilliant, made of Swarovski crystals Mausoleum with the soul of Lenin inside, which tosses and finds no rest. What a great contamination of Marxist ideas with theories of Freud!

Anatoly Osmolovsky, known for his conceptual view, refers to the basic symbol of Russian culture - black bread. In a homespun texture of bread he finds the objectivity of classical Russian icons, the incomprehensibility of the divine and features of biblical bread.

Vladimir Anselm is known for his studies of the totalitarian regimes artefacts. At the same time, like other artists of his circle (Vladimir was one of the inhabitants of a legendary art squat in Moscow), he pays much attention to the phenomenon of death and destruction in all forms. Anselm deals with the aesthetics of the charred, lost past. This motif of mourning, burial, what we call in Russia "the mother-earth", is presented in many works of this author. Several years ago, the artist emigrated from Russia to Germany.

AES + F are one of the most "western" groups in the Russian art scene. The artists exist organically in the global art context and freely operate on the values of Western society. Many images in AES + F works do literally refer to the paintings of the Renaissance. The main themes are: conflict of civilizations, mass culture, transgression, war and death, cultural differences and the futurology.

The art-group Vojna (Russian for «war») is forbidden in Russia now. All group members are under court investigation. They are forced to hide from the FSB. This "popularity" of the group started after a series of art-activities that openly criticized the modern regime. The last straw in a conflict between the power and the Vojna was the city-performance "A Dick Held Prisoner at the FSB", in which the artists have painted a giant penis graffiti on the drawbridge in St. Petersburg. Despite the group's activity is taboo, today it is definitely the most popular art group in Russia. The manifesto of the group is echoed the best ideas of the Renaissance – every human being has right for freedom of thought and creativity.