'Not exactly photographs' examines twenty-nine works of twentieth-century art that are not photographs per se, but depend on elements of photographic description for their meaning. 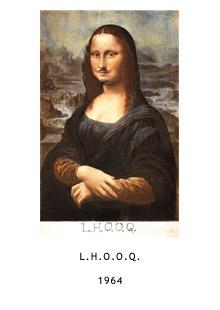 Fraenkel Gallery is pleased to present the exhibition NOT EXACTLY PHOTOGRAPHS from March 6 to April 26, 2003.

Several of these works are connected to photography only by the thinnest of threads, yet a single strand is sometimes enough to substantially affect a picture's meaning. Schwitters, Hoch, and Conner, for example, used fragments of actual photographs within their collage works to subvert linear perspective and to create new modes of meaning through the surreal combination of seemingly random elements. Johns, Kiefer, and Twombly incorporated photographs within their drawings and paintings to link the works to the "real world" in a way that could not be achieved purely by the hand.

Duchamp proposed another highly influential strategy; that a "found" object or photograph can be transformed by nothing more than a calculated shift of context. This method has been adopted and modified by Marclay, On Kawara, and Gilbert & George who, utilizing un-altered record covers or postcards, have absorbed entire photographic objects in the service of their art. Both Warhol and Richter understood that photographic description itself could be ripe for dissection, and approached photography as original source and primary subject.

While making no attempt to be comprehensive, the twenty-nine exemplary works in NOT EXACTLY PHOTOGRAPHS explore a key aspect of photography's peculiar and singular conduit to reality.
_____________

Fraenkel Gallery is pleased to present the exhibition JOSEPH CORNELL: Collages from March 6 to April 26, 2003 in conjunction with the exhibition NOT EXACTLY PHOTOGRAPHS.

Joseph Cornell began creating collages in the 1930s and soon turned his efforts to the construction of "boxes", for which he is better-known today. He returned to the collage medium with a fresh enthusiasm during the last decade of his life. The twenty-two collages and three boxes on exhibition are primarily from this time, the late 1950s and 1960s.

The presented works contain images culled from popular and everyday sources, establishing a harmonious balance of the esoteric and commonplace. There exists in each work evidence of Cornell's most well known motifs, Renaissance figures, celestial and astronomical bodies, birds and animals, and references to the Romantic ballet. By manipulating and rearranging the chosen images, he created surreal and often haunting narratives. Cornell frequently devoted as much attention to the back of the works as he did to the visible surfaces, covering the underside of the frame and mount with various book papers and magazine clippings.

Cornell's impact on subsequent collage artists can be seen in the works of Robert Rauschenberg and Jasper Johns, both of whom have works included in the coinciding exhibition, NOT EXACTLY PHOTOGRAPHS.