A retrospective of the work of the American photographer, one of the key figures for the aesthetic of social documentary photography 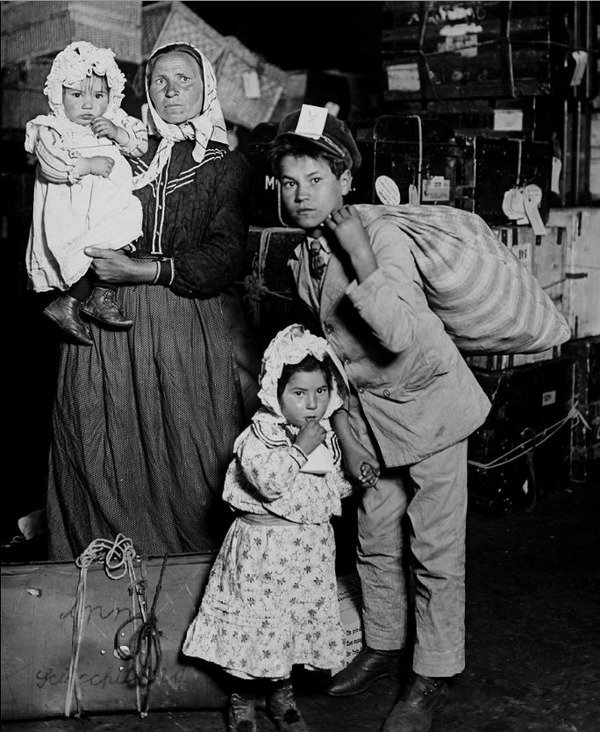 A retrospective of the work of the American photographer Lewis Hine (Wisconsin 1874 - New York 1940), one of the key figures for the aesthetic of social documentary photography. Comprising a selection of 170 images, most of them vintage prints, the exhibition offers a complete overview of Hine's career as a photographer while also locating him in the artistic, political and cultural context of his time. It opens with his earliest photographs of immigrants disembarking on Ellis Island and child workers (1903-1913) and encompasses his work in Europe for the American Red Cross at the end of World War I and his series on the construction of the Empire State Building in New York (1930-1931). In addition, the exhibition includes documents and contemporary publications, some never previously exhibited, which have recently been acquired by the George Eastman House. Hine used these publications to promote social causes such as better housing and the closure of illegal sweatshops. Trained as a teacher and sociologist, Hine abandoned the field of education in 1905 in order to devote all his attentions to photography and to focus on what he called "the visual side of public education". Aware of photography's huge potential for communication, he used the image to reflect the social injustice and poverty of the period in an effort to contribute to social progress. The exhibition is curated by Alison Nordstrom, Curator of Photographs, George Eastman House, Rochester. Production: Fundacion MAPFRE Instituto de Cultura, Madrid, in collaboration with Fondation Henri Cartier Bresson, Paris and Nederlands Fotomuseum, Rotterdam.