The Aesthetics of the Photobooth. From the Surrealists to Andy Warhol and Cindy Sherman. When the first photobooths were set up in Paris in 1928, the Surrealists used them heavily and compulsively. By bringing together over 600 pieces made on different media (photographs, paintings, lithographs and videos) from sixty international artists, the exhibition reveals the influence of the photobooth within the artistic community, from its inception to the present day. Works by Andre' Breton, Max Ernst, Mathieu Pernot, Gerhard Richter, Thomas Ruff, Sabine Delafon and many more. 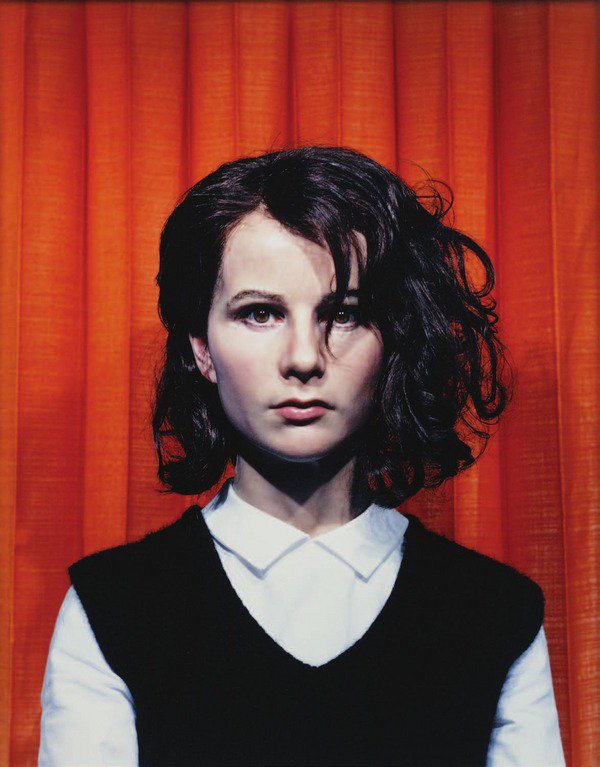 When the first photobooths were set up in Paris in 1928, the Surrealists used them heavily and compulsively. In a few minutes, and for a small price, the machine offered them, through a portrait, an experience similar to automatic writing. Since then, generations of artists have been fascinated by the concept of the photobooth. From Andy Warhol to Arnulf Rainer, Thomas Ruff, Cindy Sherman and Gillian Wearing, many used it to play with their identity, tell stories, or simply create worlds.
Behind the Curtain - the Aesthetics of the Photobooth, an exhibition created by the Musée de l’Elysée, is the first to focus on the aesthetics of the photobooth. It is divided into six major themes: the booth, the automated process, the strip, who am I ?, who are you ?, who are we ?. Provider of standardized legal portraits, it is the ideal tool for introspection and reflection on others, whether individually or in groups. By bringing together over 600 pieces made on different media ( photographs, paintings, lithographs and videos ) from sixty international artists, the exhibition reveals the influence of the photobooth within the artistic community, from its inception to the present day.

Thematic Tour
The exhibition questions the aesthetics of the photobooth through six major themes.

The Booth
An isolated space, closed in as if it were some sort of modern confessional, the photobooth is an invitation to the most intimate revelations. Generally located in public spaces - subway station, department store or train station - it also offers an extraordinary observation point onto the urban hustle and bustle. It is a world in between the intimate and the public, the inside and the outside, the debarred and the open.
With works by Lee Friedlander, Näkki Goranin, Svetlana Khachaturova, Naomi Leibowitz, Leon Levinstein, Steven Pippin, Timm Rautert, Bruno Richard, Gerhard Richter, Dimitri Soulas and Jan Wenzel.

Automatism
From the Surrealists to the most contemporary artists, all have been fascinated by the automatism of the photobooth. The machine does the work. The author vanishes behind the almighty technology. Malfunction can occur at times. The result is a form of poetry of the automatism made visible in its faults, failures or blunders.
With works by Richard Avedon, Daniel Minnick, Arnulf Rainer, Franco Vaccari and Andy Warhol; with works by Surrealist artists : Louis Aragon, Marie - Berthe Aurenche, Jacques - André Boiffard, André Breton, Paul Eluard, Max Ernst, Suzanne Muzard, Jacques Prévert, Raymond Queneau, Yves Tanguy; and Fluxus group : Eric Andersen, Joseph Beuys, Bazon Brock, Stanley Brouwn, Henning Christiansen, Robert Filliou, Ludwig Gosewitz, Arthur Koepcke, Tomas Schmit, Ben Vautier, Wolf Vostell and Emmett Williams.

The Strip
As a series of juxtaposed images, the strip recreates spatial or temporal continuities. It reconstructs improbable spaces: a closer look shows that, in fact, the adjacent image is the following image. Through this succession of images, the photobooth holds, as if folded into it, the principle of the cinema. Putting images side by side is already telling a story.
With works by Jean - Michel Alberola, Jared Bark, Marc Bellini, Jeff Grostern, Raynal Pellicer, Michel Salsmann, Roland Topor and Jan Wenzel.

Who am I ?
Identity is embodied within the space of the photobooth. It is a space for self-staging, where social, ethnic, sexual, community or any other identity can be strengthened or undone. One can pretend to ascertain one’s naked identity through the mirror of the photobooth, or on the contrary, by pulling faces or in disguise, to establish metamorphoses of the self. The photobooth is the ideal introspective tool.
With works by Alain Baczynsky, Hansjürg Buchmeier, Anita Cruz - Eberhard, Sabine Delafon, Susan Hiller, Jürgen Klauke, Annette Messager, Tomoko Sawada, Cindy Sherman, Gillian Wearing and David Wojnarowicz.

Who are you ?
The photobooth is not only a place suitable for self - reflection, it is also a place in which the other can be questioned, in particular through the legal identification system that delivers what is commonly referred to as ‘ ID. ‘ In devoting oneself to the compulsive and bulimic collecting of photobooth strips, one can also get lost in the faces of others.
With works by Anne Deleporte, Michael Fent, Michel Folco, Valentine Fournier, Dick Jewell, Mathieu Pernot, Thomas Ruff and Joachim Schmid.

Who are we ?
While it allows us to reflect upon our own identity, or other people’s, the photobooth is also an opportunity to ponder about the nature of the couple, or the group. Inside the booth, some build their image through the mirror of the other, or of others; they pose in pairs or more, thus asserting their affiliation to a social entity. The photobooth reinforces our gregarious instinct; it embodies collective identity.
With works by Jacques - Henri Lartigue, Willy Michel, Lorna Simpson, Amanda Tetrault and the collection of albums of purikuras.

Catalogue
An important and richly illustrated catalogue will be published on the occasion of the exhibition Behind the Curtain – The Aesthetics of the Photobooth. Edited by Clément Chéroux and Sam Stourdzé, this compelling publication is as much intended for the general audience as for those versed in the history of photography.
Articulated around the exhibition’s six major themes, the catalogue is punctuated with historical, critical and entertaining essays by Ilsen About, Clément Chéroux, Martin Crawl, Anne Lacoste, Nora Mathys, Kim Timby, Brian Meacham, Giuliano Sergio and Sam Stourdzé.

Outreach
The aim of the exhibition is to reveal the world of the photobooth and its numerous influences to a large audience. Thus, several activities are planned during the exhibition:
- Conferences: on a photomontage by André Breton and René Magritte on March 11, and on Andy Warhol and Photography on March 25;
- Guided tours on the following Sundays: February 26, March 18, April 1, May 6 and 20;
- Children workshops: Jeux d’image, on April 10, 11, 12; Image de soi, image de l’autre, on April 17, 18, 19.

Touring
The exhibition Behind the Curtain - The Aesthetics of the Photobooth is a European collaboration. After Lausanne, the exhibition will be on display at the Botanique in Brussels (June 28 - August 26, 2012) and at the Vienna Kunsthaus (October 11, 2012 - January 13, 2013).

Acquisitions
This exhibition has given the Musée de l’Elysée the opportunity to enhance its collections. In 2011, the museum has thus been able to acquire a self-portrait photobooth strip by Yves Tanguy, one of Cindy Sherman’s very early pieces, the series MS 65 - 94 by Michel Salsmann and three works by Mathieu Pernot.
One litograph by Jean - Michel Alberola and the very first book dedicated to anonymous photobooth portraits, by Dick Jewell, were also added to the museum’s collections.

And... A genuine photobooth at the Musée de l’Elysée!
A 1930s photobooth will be installed in the Café Elise for the duration of the exhibition. Visitors will have the opportunity to retrieve their portraits for CHF 4.00 : a genuine B&W silver print with 4 images. This booth is graciously made available by 312photobooth, from Chicago. A second photobooth will be available at Théâtre de Vidy, for a real experience to be shared with family or friends!