The sound installation "The Murder of Crows" explores the effects of sound on our experiences and how they are created. 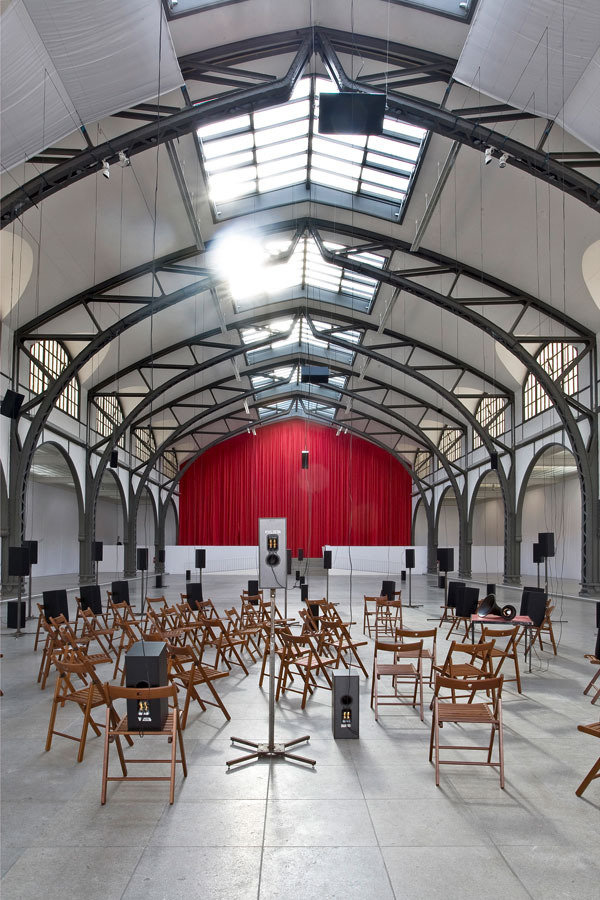 A murder of crows gathers on the top floor in Kiasma. The large sound installation by the Canadian artists Janet Cardiff (b. 1957) and George Bures Miller (b. 1960) explores the effects of sound on our experiences and how they are created.

Structurally the work resembles a bombastic film soundtrack or a gripping radio play, but one which the viewer can enter physically, to sit down to enjoy or walk around while listening.

The rich and varied soundscape mediated by 98 loudspeakers features Tibetan chants, a Russian military choir, Janet Cardiff’s stories about her own dreams, and the cries of a murder of crows.

The installation is on loan from the collection of Thyssen-Bornemisza Art Contemporary in Austria.