Art Museum of the Americas - AMA

The exhibition includes photography, video, drawing, sculpture, and mixed-media work by young, outstanding Latin American and Spanish artists residing in New York City. It showcases the work of 19 authors from 10 countries who have made this city the gravitating force of their artistic discourse. Motion, emotion and promotion are all addressed throughout the show. 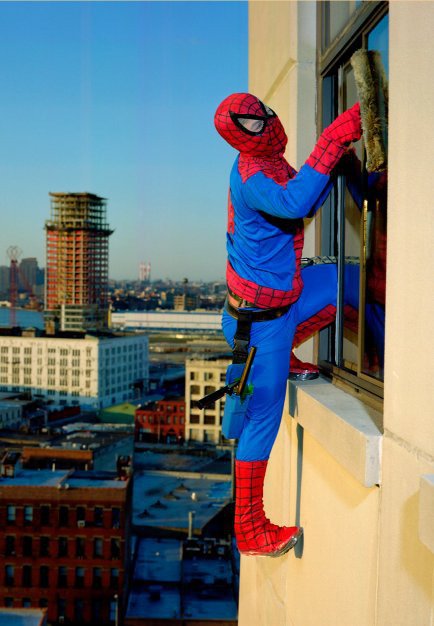 The exhibition addresses mobility in an era of widespread displacement where barriers between the global and the local are broken down. Motion (mobility), emotion (personal artistic work) and promotion (promote and advance the careers of expat artists) are all addressed throughout the show.

The artists were selected based on their accomplishments, artistic careers and their approach to concepts of mobility, migration and cultural exchange, all intrinsic to a city where new ideas, experiences and diversity converge.

Curated by Paco Cano, Eva Mendoza Chandas and Jodie Dinapoli (all from Spain), Ñew York showcases the work of 19 artists from 10 countries from Latin America and Spain -all based in New York - who have made this city the gravitating force of their artistic discourse.

THE ARTWORK
Alberto Borea (Peru) has made a series of collages where real estate market information is used to create sorts of imaginary favelas and cities. He contrasts ideas of crisis and fragile material with concepts of family and economic welfare. Abigail Lazkoz (Spain) is inspired by the everyday details and presents a series of abstract drawings, predominantly in white and black. The titles in English (Do Not Tweet, Chalk Whirlwind...) refer to the experiences of the artist. The Empire State Essays is a series of video animations where Antón Cabalerio (Spain) presents two opposite ideas of New York. On the one hand, the idealized New York, alluding to the idea of the city as a product, presented massively through film, television, music and literature. In contrast, he narrates scenes taken from everyday-life experiences in the “Big Apple,” showing a daily personal and intimate New York that both completes and contradicts the first idea of a glamorous and bright New York, full of opportunities.

Julieta Aranda (Mexico) and Carlos Motta (Colombia) present Broken English, a 48-page newspaper that was originally commissioned by Defne Ayas and presented for the first time in Performa 11 in New York. The project includes interventions by over twenty artists such as Liam Gillick, Anton Vidokle, Shirin Neshat, Carolina Caycedo, among others. The term “Broken English” reflects the elasticity of the negotiation of public spaces in the urban environment and the cultural diversity. Jessica Lagunas (Guatemala) exhibits an edition of prints entitled Ai Spik Inglish where she uses English sentences pronounce by Hispanic immigrants, inspired on the pocket books to learn English, making direct reference to an issue that deals with daily-life survival.

This Leak by Juanma Carrillo (Spain) and Felix Fernandez (Spain) presents a character who works on Wall Street. He will find something that will change his whole existence as he has always understood it. This video was originally conceived to be the promotional video clip of the first single from the LP “The incident” by the musician and composer Rubeck.

Nicky Enright’s (Ecuador) Rights of Passage explores the theory and practice of borders, whether they are physical, linguistic or conceptual. Instead of viewing these borders as boundaries between opposites, Enright presents them as a fertile ground to inhabit. In this work, the artist juxtaposes text and video, in a silent piece that explores the concepts of mobility through the reconstruction of the used words.

33, an audiovisual piece by Felix Fernandez (Spain) shot during his stay in New York, is a self-portrait in where the author sums up his life through a quantitative analysis of all that surrounds his existence, assessing the different factors in relation to their productivity and using quasi-surgical visual asepsis. The statistical result of this study annihilates the emotion, and leads to reflection on the elements and the meaning of the process itself.

If I Come Back to this Life I Want to be an American Dentist is a mockumentary by Manuel Molina Martagón (Mexico) in which he reflects the artist’s experience in New York and the ordeal that artists have to go through due to the high cost of medical services in the city.

In recent years, Ada Bobonis (Puerto Rico) has worked on five installations that comprise a series that refers to the modern architecture in Puerto Rico, and explores the relationship between the individual and the environment.

José Ruíz (Peru) works in the seemingly invisible line between politics and arts, paying attention to the multitude of connotations implied in these interactions where art functions as the messenger of the politics of culture.

Esperanza Mayobre (Venezuela) creates spaces and situations with the intention of communicating a story. The themes she explores are those which people generally try to avoid, such as disease and immigration, among others. These ideas give shape to works like Symphony of Nothing, presented in this exhibition.

In The Real Story of the Superheroes, Dulce Pinzón (Mexico) uses the concept of hero, which has been widely used at a time when the figure of the hero appears in the form of real people who perform extraordinary achievements, as opposed to sacrifices of those who pass unnoticed.

Fernando Renes (Spain) creates compositions of drawings using cultural elements from both Spain and New York, comprising a kind of stage that combines the places where the artist works. Iván Navarro’s work establishes interactions with the audience and highlights the social and political factors involved in formal composition. Lluis Lleó (Spain) introspective narratives are based on constructed biographical elements that appear in both his paintings and sculptures.

Carlos Motta (Colombia) presents Ideological Graffiti, a series of photographs documenting political graffiti in the streets of several cities in Latin America from 2005 to 2010 and Ivory Tower, a black and white video with music by Shawn Hansen, which was filmed from the site of the World Trade Center Building in New York.

Manuela Viera-Gallo’s (Chile) De Raiz is a model of the United Nations building in New York. She uses the emblem of the of the brotherhood of nations, which has been put in the hands of a dove-knife.

Sol Aramendi (Argentina) explores psychological impressions that are the result of her life in New York. She creates scenes that reflect processes and obsessions, studying them from the outside in order to comprehend them. Her work includes works by other artists, which is assumed as a natural process after years of collaborating, documenting and interacting with the work of other artists and communities.