The exhibition presents 45 works from every phase of his career, including the computer paintings of the early 1980s, the grey paintings of the 1990s, and the artist's current abstract-expressive works, as well as a group of his most recent works. The focus is an investigation of two related thematic areas: the approach to abstract painting, the relationship between line and plane. 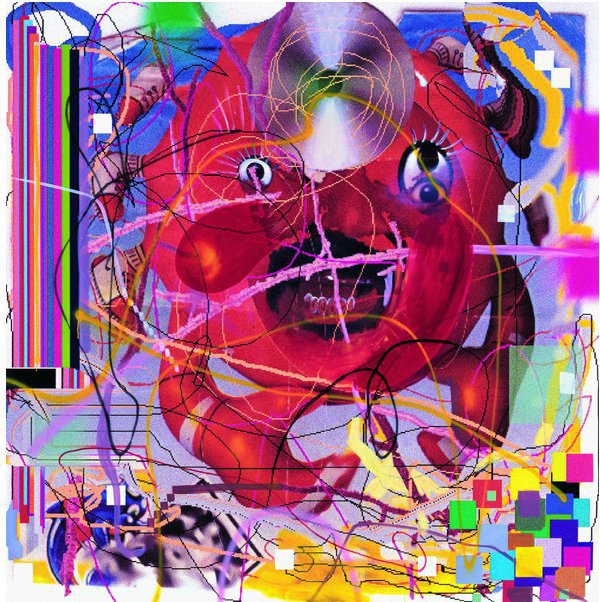 Albert Oehlen (born 1954, in Krefeld, Germany) is one of the most important German painters of his generation. Among the key qualities that define the significance of his 30-year oeuvre is its articulation of a fundamental scepticism toward the medium of painting within the me­dium itself, rather than by turning away from painting – an aspect his work shares with that of Gerhard Richter.

The exhibition at the Kunstmuseum Bonn presents 45 works by Albert Oehlen from every phase of his career, including the computer paintings of the early 1980s, the grey paintings of the 1990s, and the artist’s current abstract-expressive works, as well as a group of his most recent works, which were created with the Bonn exhibition in mind.
This exhibition is by no means conceived as a retrospective, but as an open field in which the various references and fundamental questions raised by the work as a whole are brought to life by the chosen works. The focus of the exhibition is an investigation of two related thematic areas. The first of these is Albert Oehlen’s specific approach to abstract pain­ting, which is evident in the works chosen for the exhibition and is also reflected in the artist’s often-quo­ted concept of “post-non-figurative” painting. Early works from the 1990s are brought into a dialogue with recent paintings, demonstrating that the entire work follows a dialectic that discards the conventional distinction between abstraction and representation, and instead treats the subject of each painting in such a formalised manner that it becomes a mere arte­fact, a transformation of reality into a pure and autonomous expression through painting. The second major theme addressed by the exhibition is the relationship between line and plane in this wideranging work, and thus also between drawing and painting – a topic that has not yet been covered in art-historical discussions of Albert Oehlen’s oeuvre.

This presentation of the work of Albert Oehlen at the Kunstmuseum Bonn marks the continua­tion of the museum’s series on central positions in painting, including artists such as Brice Marden, Blinky Palermo, Helmut Federle, Willem de Kooning, Philip Guston, Robert Ryman and Raoul de Keyser. At the same time, the show reflects the programmatic identity of the Kunst­museum Bonn as a museum for German painting after 1945, while also drawing from a large group of works by Albert Oehlen from between 1983 and 2006 that has been part of the mu­seum’s collections since 2009.

The exhibition will be accompanied by a catalogue available from HatjeCantz publishers with essays by Stephan Berg, Christoph Schreier and an interview between Albert Oehlen and John Corbett.