I Propped the Sony's Microphone on an Empty Coke Bottle. The significant new work series Ghost Drawings the artist presents in his second exhibition at Christinger De Mayo is based on the principle of archaeological rubbings. 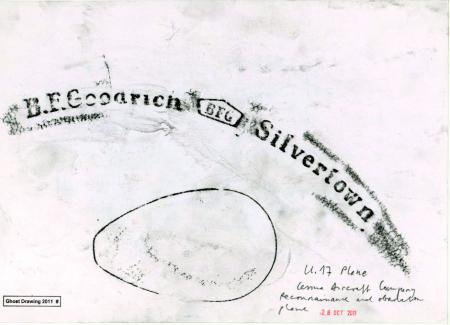 "He'll always be innocent, you can't blame the innocent, they are always guiltless. All you can do is control them or eliminate them. Innocence is a kind of insanity." (Graham Greene "The Quiet American")

Graphite rubbing was one of the most important tools for documentation in the archaeological practice of the 19th and 20th century. Today, they convey the immense administrative efforts for the construction of the pyramids of Giza, the heated religious debates along the antique Silk Road or the settlement of the Vikings on the Atlantic islands.

The significant new work series "Ghost Drawings" Cat Tuong Nguyen (*1969) presents in his second exhibition at Christinger De Mayo is based on the principle of archaeological rubbings. The artist connects them with the medium of the contemporary drawing. The small papers are a search for evidence on the cultural realm of Vietnam, on the biography of the artist (born in Ban Me Thuot, grown up in Bümpliz, Canton Berne), and on the echo space of intercultural semiotic interference. The recent history is not analysed by means of the rubbings, but examined artistically; the diffuse and nebulous character of the events before 1975 is interwoven with concrete works; insanity is met by poetry, an actual archaeology of signs

The connections and contradictions developing from this series are merely associative, we only understand it rudimentarily; we find ourselves therefore rather in the realm of vagueness, of intuitive understanding and beyond all certainty. The auratic and at the same time documentary questioning of "Ghost Drawings" correlates with Cat Tuong Nguyen's entire artistic practice. Based on the medium photography he uses all artistic means to realise a performative inner mindset, the core of his oeuvre. In his understanding, the artist is always part of his work, involves himself, permeates it, circles it, stays aloof and addicts himself. Total expenditure and discipline are joined in the search for the essence of things, knowing that we may only perceive shadows.

Cat Tuong Nguyen's personal quest finds an echo space in the observers: the sounds of a night stroll on a Vietnamese island together with the ghost drawings transform to an archaeological semiotic reference system in which we may reflect our own stories.