"A History of Performance in 10 Acts" is an international live exhibition on the history of art performance in dance and fine art. As an exhibition 'in progress', the project shows and develops new formats of museal presentation of live acts. The starting point is the interest in the processes of coming to terms with history in so-called re-enactments of historic performances. 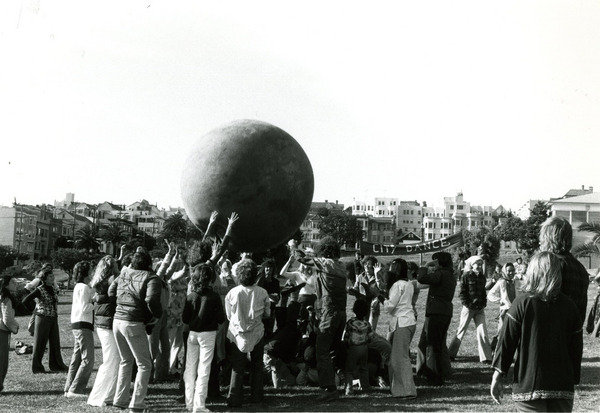 Performance as part of the performing and fine arts has many faces. Location Until now the connecting element conceived of performance as ZKM | Museum of direct, situational, place-bound and transient. New questions Contemporary Art emerge in connection with the present interest in re-enactment: how is the performative to be presented in the museal context? In what way is this art form to be documented? This is the challenge taken up by the exhibition project.

“Moments. A History of Performance in 10 Acts” is an international live exhibition on the history of art performance in dance and fine art. As an exhibition ‘in progress’, the project shows and develops new formats of museal presentation of live acts. The starting point is the interest in the processes of coming to terms with history in so-called re-enactments of historic performances, but which also comes to expression in the recently erupted controversy surrounding the museal presentability of performances by Joseph Beuys in photographic documentation.
This is also reflected in the practice of a younger generation of performers and choreographs, such as in numerous historical appropriations and re- enactments. At the center of this is the “heroic” period of the 1960s to the 1980s in which a radical (new) definition of the genre took place in the more intimate dialog between performance movements of fine art and dance.

“Moments” develops new methodological and interdisciplinary formats of an active and not only museal representation of performance history. During the eight week duration of the exhibition project a scenic act around ten central stages of dance and performance history unfolds – as witnessed by a group of experts invited to accompany and observe for the entire period – before the audience. Some of the key focal points are the performances and works by women who have consciously been thematizing, transgressing and critiquing the genre boundaries between dance, performance and visual media since the 1960s. Here, they likewise reflect on the implicit male constructions of the gaze and the gestural logic of their colleagues.

“Over a period of eight weeks a permanent live dialog emerges between performers, theorists, viewers and the public. The traces of the approximation to historical performances activated in the exhibition’s real time are the actual actors of this project: the moments.” (Boris Charmatz, Sigrid Gareis, Georg Schöllhammer – curators)

The exhibition begins and ends in an empty space in which a lively exhibition display is built up in a permanent reciprocal movement between historical presence and medial documentation, museal re- presentation and scenic re-appropriation as well as new interpretation. A multiplicity of dialogically spirited situations emerge between performers, witnesses and public. Here, unlike more popular reenactments, recourse to history serves as a face à l’histoire, an active contrast of the historical and the present.

Among others, the artists represented in the exhibition will be Marina Abramović, Graciela Carnevale, Simone Forti, Anna Halprin, Reinhild Hoffmann, Channa Horwitz, Lynn Hershman Leeson, Sanja Iveković, Adrian Piper and Yvonne Rainer. The artists themselves document their historical performances in exhibition spaces. In collaboration with colleagues from art and theory (Alex Baczynski-Jenkins, Nikolaus Hirsch, Lenio Kaklea, Jan Ritsema, Christine De Smedt, Gerald Siegmund, Burkhard Stangl, Meg Stuart) Boris Charmatz approaches the documented works scenically and develops on-site a live act in a laboratory situation around this central moment of performance history. The artist Ruti Sela will be documenting this artistic approach to the work of their predecessors by way of film documentaries and will produce a film in the actual exhibition context itself. A group of students at renowned European universities will be accompanying the entire process. Directed by the group Charmatz, and in collaboration with the ZKM | Museum Communication, new performative methods and actions of the mediation of historical performance will be presented to visitors.

A publication will be released at the end of the exhibition