Contacts is an extraordinary collection of previously unseen and mostly unpublished photographic contact sheets from some of the world's greatest known photographers from the beginnings of photography to the present day. 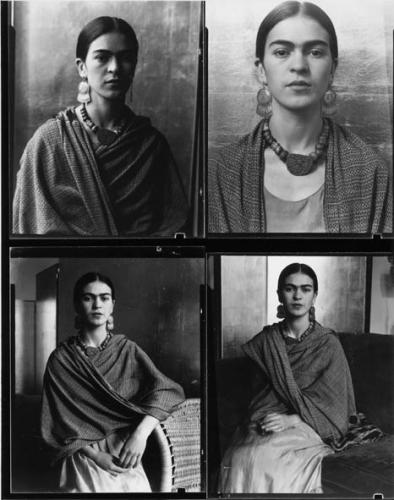 Contacts is an extraordinary collection of previously unseen and mostly unpublished photographic contact sheets from some of the world's greatest known photographers from the beginnings of photography to the present day.

The contact sheet is a work of art in itself. Contact sheets are the first tangible proof that an elusive image has been captured on film. Having exposed a roll of film, the photographer makes a contact sheet showing the strip of film laid out, the sheet will then be analyzed, an image, or several images, selected, and sometimes marked with directions for cropping. The photographers themselves or sometimes art directors or picture editors will conduct a selection process Â­ but no more than a very select few will ever see the contact sheets.

Spanning the entire spectrum of photographic genres, Contacts is divided into sections; portraiture, fashion, nudes, reportage and landscapes. Each contact sheet and the corresponding final print originally selected is arranged chronologically within sections, bringing together several icons of the photographic medium, such as Imogen Cunningham's Portrait of Frida Kahlo, Melvin Sokolsky's The Bubble, George Rodger's The Nuba Wrestlers, AndrÃ© Kertesz' Martinique, Marc Riboud's The Painters of the Eiffel Tower and Jean-Philippe Charbonnier's harrowing The execution of a collaborator.

As interest in photography continues to grow, high profile exhibitions and a mountain of ever more specialized literature appears before us Â­ however, until now the use of contact sheets has been totally overlooked.

The secrecy surrounding contact sheets is in no small part due to the attitudes of most photographers themselves. Just over twenty years ago, the American photographer Eliott Erwitt stated that, 'Contact sheets should be as private as a toothbrush and ought to be guarded as jealously as a mistress. They reveal how one thinks and how one sees. They remove the mystery of how one gets to a finished picture. They are bad for our carefully cultivated mystique!'

Conversely the exhibition Contacts shows us that no mystery is revealed, more excitingly these rare contact sheets give an insight into the artistic and creative eye of some of the best artists at work, allowing us a little closer to them yet never destroying the beauty of an image captured in motion and frozen in time forever.