Half a century of intense involvement with the avant-garde in the fields of art, furniture design and architecture. The exhibition is devoted to over 100 paintings, sculptures, installations, photographic works and drawings from the private Visser collection; from the late 40es to the 80es. The heart of the show is formed by 4 rooms with a selection of works on paper and display cabinets filled with letters and postcards from artists. 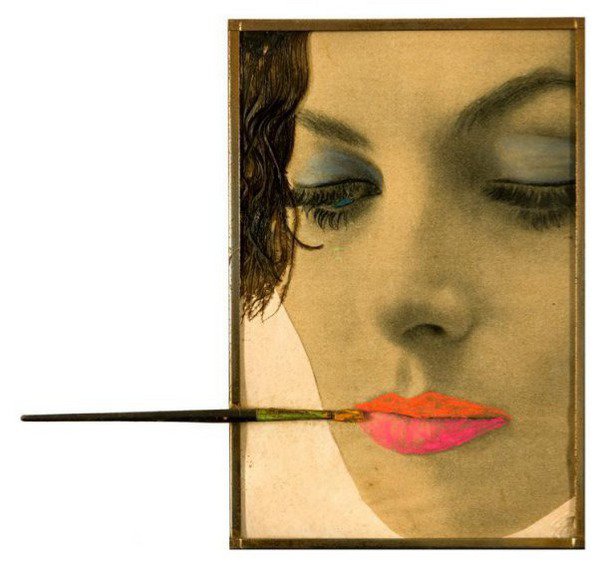 In collaboration with the Kröller-Müller Museum

Martin Visser
Martin Visser (1922 Papendrecht – Bergeijk 2009) played an exceptionally significant role in the fields of art, furniture design and architecture. The Visser collection comprises the most important private collection of neo-avant-garde art in the Netherlands. Visser's furniture designs, including his iconic sofa bed Bro2 (1958), are regarded as classics of Dutch design, and his unique house in Bergeijk, designed by Gerrit Rietveld with extensions by Aldo van Eyck, has recently been declared a listed building.

'Martin Visser, collector, designer and free spirit' focuses on the legacy of the renowned furniture designer and driving force behind the Visser collection. It is the first time a coherent picture has been sketched of Visser's extraordinary significance for visual art, design and architecture in the Netherlands.

Living with art – living in art
The exhibition starts with a number of Visser's classic furniture designs. Martin Visser designed a number of excellent pieces of furniture that are already regarded as classics of Dutch design, and for which he received several oeuvre awards.

It goes on to give an impression of his unique house in Bergeijk, through an architectural model and recent interior photos taken by Johannes Schwartz.
Once Martin Visser was convinced of an artist, designer or architect, he had unlimited and unconditional faith in them. Testimony to this fact is the uncompromising character of his house in Bergeijk, recently declared a listed building, which was constructed to a design by Gerrit Rietveld in 1955, with considerable extensions designed by Aldo van Eyck in 1968.

The rest of the exhibition is devoted to over a hundred paintings, sculptures, installations, photographic works and drawings from the private Visser collection. This collection was put together by Martin Visser, along with his first wife Mia and brother Geertjan, and later with Joke van der Heijden, by always approaching artists at an early stage of their career. Many of them were to grow into figureheads of the neo-avant-garde. Over the past years, more than 400 works from the Visser collection have been acquired by the Kröller-Müller Museum in Otterlo, under the name 'former Visser collection'.

Three collecting periods
Three collecting periods can be distinguished in the Visser collection:
The late forties to the early sixties was the period of CoBrA, the Zero artists and French Pop Art (Nouveaux Realisme). In the years immediately after World War II, Visser bought many works by Karel Appel and Constant in particular. In 1958, he sold and exchanged his whole CoBrA collection – the biggest in the Netherlands at the time – and acquired a series of white panels by the Italian artist Piero Manzoni. This was rapidly followed by works by Fontana and by artists of the Nouveaux Realisme, such as Christo, Arman and Raysse.

The sixties and seventies were dominated by American minimal art and European conceptual art. American minimal art rapidly gained recognition in the Netherlands, partly due to the efforts of the Vissers. The acquaintance with the 'floor tiles' of Carl Andre in 1967 brought about a second upheaval in the collection. Some of the earliest minimal artists came to Bergeijk to develop works for the collection, which were then produced by the local metal factory Nebato.

With the emergence of postmodernism from the mid-seventies, artists such as Anselm Kiefer, A.R. Penck and Sigmar Polke appeared on the scene. The optimistic eighties, with their changing perspective and market-driven acceleration in topical art, are reflected in the collection of works by Haring, Basquiat, Condo and others.

The heart of the exhibition is formed by four rooms with a wonderful collection of works on paper and display cabinets filled with letters and postcards from artists. The relationship between collector and artist is probably best expressed in the extensive body of correspondence, which comprises invitation cards, leaflets and archive photos, besides the letters and postcards. The collection of works on paper gives an idea of changing artistic views between 1950 and 1970.

Furthermore, on the instruction of the artists themselves (or their heirs), certain works by Sol LeWitt, Daniel Buren, Richard Long and Lawrence Weiner will be recreated. A special mention must be given to the last room in the exhibition, which displays early American minimal art produced in Bergeijk.


Relationship to the Bonnefanten collection
On the same floor of the museum, you can see the Bonnefantenmuseum's own collection, except for the final room, which contains a large-scale work by Ellsworth Kelly from the Visser collection. The Bonnefantenmuseum shares a kindred interest with the Vissers in the German-Belgian axis Düsseldorf-Cologne-Antwerp-Brussels. Eminent artists from the Visser collection are also anchor points in our own collection, such as Joseph Beuys, from Germany, and Marcel Broodthaers, from Brussels. There is also a common interest in Gilbert & George, Jan Dibbets and particularly Sol LeWitt, who occupies a very special place in both collections.

Activities related to the exhibition

Several activities are being organised in relation to the central themes of Martin Visser, collector, designer and free spirit:

Our society is organised and led by specialists. However, we also need people who look at the whole picture and thus bring about change, according to Piet Hein Eek. Martin Visser is just such a generalist. Eek feels an affinity with him.

Designer Piet Hein Eek (1967 Purmerend - Geldrop) graduated in 1990 from the Design Academy in Eindhoven and gained international recognition for his products made with scrap wood. Over a year ago, in the former Philips ceramics factory on Strijp S, in Eindhoven, Eek started a very ambitious and immediately successful project: a new design and lifestyle centre covering eleven thousand square metres, spread over three floors.

Jan van Adrichem, art historian, former lecturer at the University of Utrecht and author of the book 'The reception of modern art in the Netherlands 1910-2000', will be interviewed by the compiler of the exhibition, Paula van den Bosch. In the interview, Van Adrichem will discuss Martin Visser's key role in the development of international avant-garde in the Netherlands.

- Visitor activity focused on the sofa bed BR 02: I sit like this

Throughout the exhibition period, visitors have the chance to win the iconic sofa bed BR 02 by Martin Visser. All they have to do is send their personal and original view of the iconic sofa bed to the museum. The competition rules and conditions will be published on the website www.bonnefanten.nl from 13 March. The competition is made possible through the support of Spectrum Meubels.

The exhibition is organised in close collaboration with the Kröller-Müller Museum. Over a hundred art works are on loan to Maastricht, making it the museum's biggest loan operation ever. In the same period, the Kröller-Müller Museum is mounting the exhibition Longing for perfection (1 April – 28 October 2012), which will also include works from the 'Former Visser collection', by Jenny Holzer, Anselm Kiefer, Dan Flavin and A.R. Penck. The museum's sculpture garden is home to the famous pavilions by Aldo van Eyck and Gerrit Rietveld.