The exhibition 'Sturtevant: Image over Image' features 30 works, including her repetitions of Andy Warhol, Marcel Duchamp, Jasper Johns and Felix Gonzalez-Torres, and four of her most recent major video installations. The artist has produced no less than four works specifically for this exhibition - among them a series of repetitions of Marcel Duchamp's Fresh Widow in the Moderna Museet collection. 'Planet Art' has inviting all children to come and take part in an exhibition at Moderna Museet. Are children's drawings influenced by computer games and the Internet? 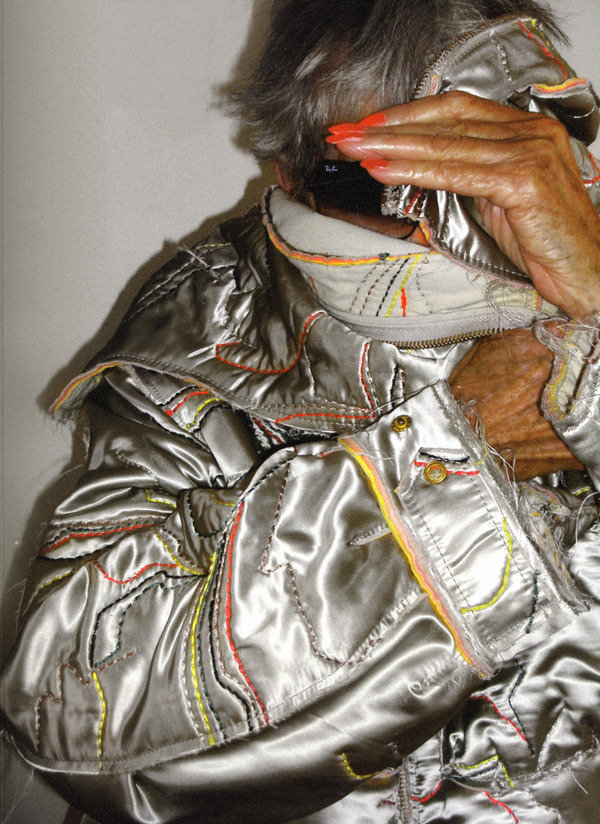 Clone, doppelgänger, reflection? Sturtevant is one of the great enigmas of the art scene. For half a century she has challenged the meaning of art and what it entails to be an artist. Her legendary repetitions of works by Warhol, Duchamp, Beuys and others were groundbreaking, and her work continues to be exceedingly poignant in our digital era of abundance, copies, clones and increasingly complex issues concerning commodities and copyright.

The exhibition Sturtevant: Image over Image at Moderna Museet allows her oeuvre to display its full range. The presence of Sturtevant’s works becomes nearly site-specific in six of the 18 rooms that are usually dedicated to the permanent collection. The artists whose works she has repeated largely overlap with the history of Moderna Museet and its unique collection of Marcel Duchamp, American pop art and minimalism. Moderna Museet also has a history of confronting authenticity – from important replicas to the project Museum of the Fakes which was shown within the exhibition She – A Cathedral in 1966, and the now internationally infamous Brillo boxes. Curator of the exhibition Fredrik Liew says:

“Sturtevant is a pioneer who, at the age of 82, is at the height of her career. She was ridiculed when she made her debut in 1965, and no one at the time made the links between her work and a critical discussion of surface, product, copyright and autonomy. Nor did anyone consider what it could mean that a woman artist was repeating the works of male colleagues. But then, her repetitions came before Barthes, Foucault, Deleuze, Millet and Greer had published their seminal works on these subjects.”

Since 2000, Sturtevant has made several video installations in which she combines mass media images with her own filmed material in a collage-like format. These works emphasise how her oeuvre extends beyond the internal affairs of the art scene. Sturtevant’s harsh and critical gaze is aimed at a lazy society that is increasingly made up of superficiality and experience industry. As Sturtevant herself comments:

“What is currently compelling is our pervasive cybernetic mode, which plunks copyright into mythology, makes origins a romantic notion, and pushes creativity outside the self. Remake, reuse, reassemble, recombine – that's the way to go.”

The exhibition Sturtevant: Image over Image features 30 works, including her repetitions of Andy Warhol, Marcel Duchamp, Jasper Johns and Félix González-Torres, and four of her most recent major video installations. The artist has produced no less than four works specifically for this exhibition – among them a series of repetitions of Marcel Duchamp’s Fresh Widow in the Moderna Museet collection.

Sturtevant was awarded the Golden Lion for her lifetime achievement in art at the Venice Biennale in 2011.

A richly-illustrated catalogue in English and Swedish will be produced in conjunction with the exhibition, and is published jointly by Moderna Museet, JRP Ringier and Kunsthalle Zürich. It is designed by Johanna Lewengard, and contains essays by Fredrik Liew, Daniel Birnbaum, Stéphanie Moisdon, Bruce Hainley and Paul McCarthy.

The exhibition Sturtevant: Image over Image is produced by Moderna Museet in collaboration with Kunsthalle Zürich where it will be on display 17.11 2012 – 20.1 2013.

The exhibition at Moderna Museet is sponsored by Vinge.

In 2012, we will be focusing on what children and young people’s creativity looks like in Sweden now, and so we are inviting all children to come and take part in an exhibition at Moderna Museet. Are children’s drawings influenced by computer games and the Internet? What are young people’s favourite topics right now? Do children use new technologies? These are just some of the questions we will be trying to answer in Planet Art.

Moderna Museet has a long tradition of encouraging child visitors to the museum to create something themselves while they are here. Children have always been an important visitor group for us at Moderna Museet, and our museum education work has attracted imitators in museums all over the world.

We are interested in all the forms of expression that children and young people use; painting, drawing, photography, sculpture, objects or video, computer animation, wool or watercolour, all are welcome. The Planet Art exhibition will be followed by a series of lectures and discussions about children’s creativity today, together with a programme of other events for children and adults.

Press preview: 15 March at 10 am -12 noon. Introduction by the director of Moderna Museet, Daniel Birnbaum, co-director Ann-Sofi Noring, and the curator Fredrik Liew. Sturtevant will also be present.