Bodhi is an exhibition that focuses on the human search for enlightenment, featuring works by Olympia Scarry, Jaume Plensa, Khanlar Gasimov and Shan Hur. 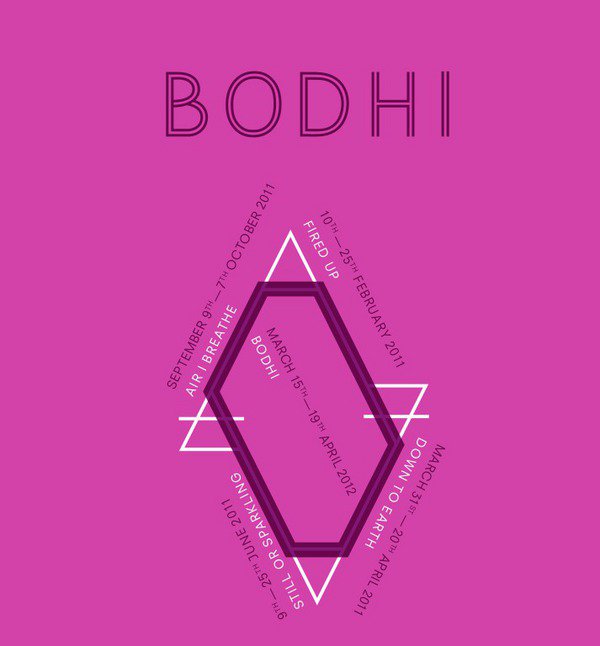 Following their successful series of provisional shows across a variety of London-based venues, Gazelli Art House is pleased to announce the opening of its first permanent gallery space, located on 39 Dover Street in Central London.

The gallery will launch the space with a group show entitled Bodhi, which will engage with audiences on a spiritual level. ‘Bodhi’ is a Sanskrit word traditionally translated into English as ‘enlightenment’. In Buddhism it is the knowledge possessed by a Buddha into the nature of all things.

Bodhi is the finale of a series of exhibitions focusing on the five main classical elements; Fire, Earth, Water, Air, and Ether. Throughout 2011, shows were located in unique ‘one off’ settings across the capital. Bringing the whole series together in 2012 will be Bodhi, an exhibition that focuses on the human search for enlightenment. This will be exhibited in Gazelli Art House’s first permanent gallery space in central London.

Olympia Scarry is a Swiss artist, who lives and works in New York. Scarry's discipline in Psychology is a driving force in her works as with her new body of work which focuses on the examination of reality and the self. Scarry captures actions and reactions to moments of frustration and boredom and turns them into something tangible as in the marble “Bubble Wrap Painting". Often Scarry's objects frustrate our expectations by rendering habitual urges impossible or by glorifying an involuntary response such as a boring "Yawn". In creating environments and records of the human touch, Scarry voluntarily allows forms to overpower physiology.

Jaume Plensa is a world-renowned artist from Barcelona who is also the current artist in residence at The Yorkshire Sculpture Park. Plensa has created numerous public works around the world, including the Crown Fountain in Millennium Park, Chicago. He unveiled his most recent public sculpture Echo presented in Madison Square Park, New York City in May 2011. He has had solo exhibitions at the Nasher Sculpture Center, Dallas; Musée Picasso, Antibes; Museo Reina Sofia, Madrid; Galerie National du Jeu de Paume, Paris; and the Arts Club of Chicago, among many others. He lives and works in Barcelona. For Gazelli Art House’s opening show, Plensa will present his light and 'verbal' sculpture, Overflow, where stainless steel letters are soldered together to create the figure of a sitting man. Additionally, a selection of Plensa’s mixed media drawings on paper will be also showcased.

Khanlar Gasimov is an Azerbaijani artist who lives and works in Connecticut, USA. Despite this geographical distance, the essence of Gasimov’s art still lies in his roots. He finds particular inspiration in Azerbaijani poetry. His poetic-recited canvases - last on show at the 54th Venice Biennale as part of the Azerbaijani Pavilion - demonstrate a philosophical approach to the physical form of art. At Gazelli Art House, Gasimov will also exhibit his acclaimed sculpture The Most Honourable - an umbrella that is fashioned from silicone to simulate human skin. The work symbolically illustrates a type of a shield whilst the human nature of the object transforms the idea of this protective everyday object to a being, which is exposed to its surroundings.

Shan Hur is a Korean artist who lives and works in London. In the beginning one assumes Shan's work is part of the gallery setting but viewer's perceptions are challenged the closer they examine it. The ideas, which inform Hur’s practice, derive from a fascination in the moment of transition when a particular space is reconfigured for a new purpose. Constant doubt and questioning of our perceptions is crucial to developing the enlightened self.