The scientific positivism of modernity was based on the categorical separation of nature and culture, of the subjective and objective world. Animism stood for the counter-image of this self-concept. It is at this juncture that the exhibition intervenes. With works by some 30 international artists, curator Anselm Franke transforms the Haus der Kulturen der Welt into a self-reflexive "anthropological museum of modernity". 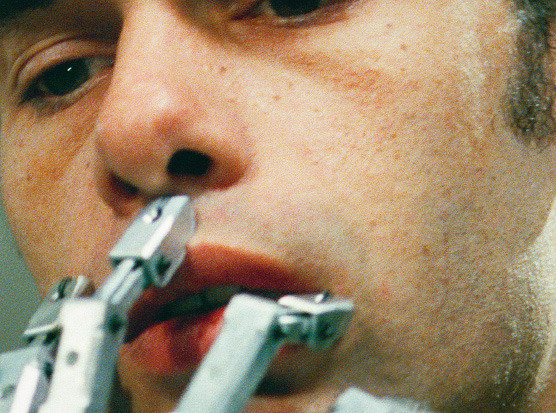 In the habituated scheme of modernity, objects are conceived as the passive stuff on which human action leaves its imprint or trace. Whenever this passive/active nexus between objects and subject, humans and the non-human is disturbed or even reversed—as in the coming-to-life of seemingly dead matter, or the becoming autonomous of inert things—we inevitably step into the territory of animism: that non-modern worldview that conceives of things as animated and possessing agency. Is it possible to de-colonize the imaginary manifest in the modern conception of the animist "other", by bringing into view the practices that both make and transgress the distinctions and boundaries in question?

In the multi-part exhibition project Animism, the original, much contested anthropological and psychological concept has been turned into a foil for an investigation of the distinctions that characterize Western modernity. How are those categories made and brought into being through scientific and aesthetic practices? Why is the idea of an animated world of things such a provocation to the Western modern worldview, to the degree that sensations such as those of the "uncanny" appear deeply implicated in such abstract categories? And how are we to think of animism today, in a time when the categorical distinctions between nature and culture, psyche and material world are increasingly put into question, whether through global ecological crisis or a capitalist economy now increasingly embracing subjectification rather then objectification?

For the Berlin chapter of the Animism.exhibition at the Haus der Kulturen der Welt, curator Anselm Franke is attempting to exemplify how aesthetic techniques and symptoms are related to systems of knowledge and the making of social order. The goal of the essay-like montage of artworks and various materials, both contemporary and historical, is to make imaginable that those borders are not a given, but the result of practices that differ widely in different cosmologies. Rather than displaying objects which "other" cultures deem animated, the exhibition reflects on the implication of the medium of the exhibition in the making of the modern classifications, and becomes a sketch for a yet-to-be-created ""Anthropological Museum of Modernity". It includes works by about 30 international artists and a collection of materials from the history of the sciences, nature, and technology.

The Animism.conference brings together a broad range of current perspectives from the fields of ethnology, literary criticism, art, the natural sciences, the history of science and politics. The focus and starting point of the debate is to identify possible and surprising correspondences and connections, to render both the concept and history of Animism a fruitful subject for self-interrogation and to foster a new critical reflection of Modernity. The discussions scrutinize Modernity's established practice of separating and demarcating between nature and culture, things and actors, world and imagination.

The project "Animism" is a cooperation between Extra City Kunsthal Antwerp; Museum of Contemporary Art (MuHKA), Antwerp; Kunsthalle Bern; Generali Foundation, Vienna; Haus der Kulturen der Welt, Berlin. The project in Berlin is being conducted in cooperation with the Freie Universität Berlin and is supported by the Kulturstiftung des Bundes.