The show presents artists that have been of great influence and have shaped the genre in recent years with their visionary visual language and thus will stand the test of time. As a visual representation of glamour, seduction, and dreams, fashion photography has always walked a fine line between commercialism and fine art. 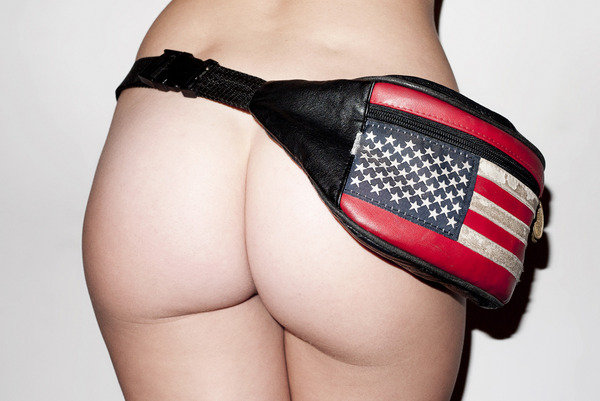 Showing an exciting and diverse selection of wide-ranging works from various artists, the Christophe Guye Galerie is pleased to introduce its upcoming exhibition Ico ns of Tom orrow. Focusing on international contemporary fashion photography Ico ns of Tomo rrow will present leading and internationally and nationally acknowledged artists that have been of great influence and have shaped the genre in recent years with their visionary visual language and thus will stand the test of time. As a visual representation of glamour, seduction, and dreams, fashion photography has always walked a fine line between commercialism and fine art. Committed to highlighting an international photographic practice that explores the boundaries between art and commerce, this exhibition will be focusing on photographers that have embraced the subject matter with a strongly conceptual approach, believing the artists shown in Icons of To mo rro w will withstand the criticism that commissioned work cannot be art.

Showing over 20 works by both established and emerging artists alike, the Christophe Guye Galerie is proud to present, for the first time in Switzerland, an exhibition of this kind and in this arrangement of artists and works. Including the works of Mert Alas & Marcus Piggot, Miles Aldridge, Kate Bellm, Guy Bourdin, Ina Jang, Nick Knight, David LaChappelle, Walter Pfeiffer, Terry Richardson, and Albert Watson Icons of Tomorrow visualises the diversity of the genre, highlighting the artists’ distinctly original and individual styles and making apparent the abundance of creativity and skill this field yields.

In recent decades, fashion photographs have progressively become a significant part of fine art, with many of the artists working in this field producing some of the most interesting work out there made in photography at present. Exhibiting striking images full of humour, imagination, and ingenuity this exhibition, rather than attempting to depict the evolution of the genre and set against a historical backdrop, presents the most recent conceptions in fashion photography. An area that involves a lot of inventiveness, the selection of artists has fallen upon those who embrace the subject with a strongly conceptual approach, making each of their styles and attitudes distinctly individual and the works thus both instantly recognizable and memorable. Rather than simple, forthright glamour shots the works presented in Icons of Tomorrow are fresh and exciting, mesmerising, vibrant, or intimate. The works on view are witty and alluring alike, glossy or frank, some scenes are staged, while others snatch a moment, permeating real life and then again so abstract they evoke a digital world far beyond our imagination.

Challenging the relationship between fashion photography and contemporary art Icons of Tomorrow features the work of several well-respected photographers who may already be deemed as artists such as Guy Bourdin, whose complex narratives and clever pictures have influenced contemporary fashion photography like no other. However, floating ambiguously somewhere between art and commerce, artists working in this genre more often than their peers are only at a much later stage recognised for their talent and achievement. The title Icons of Tomorrow stems from this overdue reassessment of visionary and the misjudgement that anything commercial cannot be art. This notion links the work of all artists included: their work is a forward-thinking vision of where fashion photography, and fine art photography on a whole, fits into the world today, regardless of its primary source of origin.

Going beyond the simple documentation of a dress or exterior elements, these artists visualise creativity that can come of the tension between artistic and commercial demands. Great fashion photographs, like any other form of photography, tackle social attitudes, public consciousness, and social history, which entails playing with the latest cultural trends with great finesse. Terry Richardson’s work, for example, cleverly merges high fashion with mundane, everyday situations, humorously and provocatively calling to mind the escalating celebrity craze and the increasing desire to depict ones own life and sexuality. The vibrantly coloured and surreal imagery of Miles Aldridge on the other hand, largely inspired by the work of the 1930’s photographers, show women so glossy and perfected they radiate an undertone of psychological tension, anticipating perhaps society’s growing demand for flawlessness. Collectively the works exhibited in Icons of Tomorrow are laden with a push-pull sensation, as interesting juxtapositions such as frivolousness and depth, perfection and imperfection, commercial and non-commercial presented side by side. It becomes apparent the influence of fashion- on non-fashion photography, and vice versa, but also perhaps their inseparability.

Icons of Tomorrow attempts to provide an insight into fashion photography as a fast-paced and multifarious expression, and to rid the prejudice this genre and thus its artists face. Revealing both the imagination in concept and the skill in execution it will be difficult when seeing these works on display to argue with the artistry involved in their making. Superficiality is often the criticism fashion photography faces, yet sponsored art has existed already centuries ago. In a world where art is becoming increasingly commercial and widespread it is time to accept one of the most accessible forms of creation as an elemental part of fine art. Not only should a work in itself be regarded, rather than the field its lives in and the derivation of its outset, but moreover the ability of putting art into commerce and commerce back into art.

The sheer simplicity of paper cut-outs draw upon by Ina Jang, or playfully portraying giant Coca Cola bottles, as does David LaCahpelle, it is the imagination unleashed on even a subject as limited as a shirt or a pair of shoes that is fundamental. The key to the iconic visuals is they succeed in both fashion and art, and these artists on view with Icons of Tomorrow effortlessly swing back and forth between two worlds that so often are said not able to, or should not, interweave.