7 Rooms. The stories of Russians who were born in the USSR. Photographs 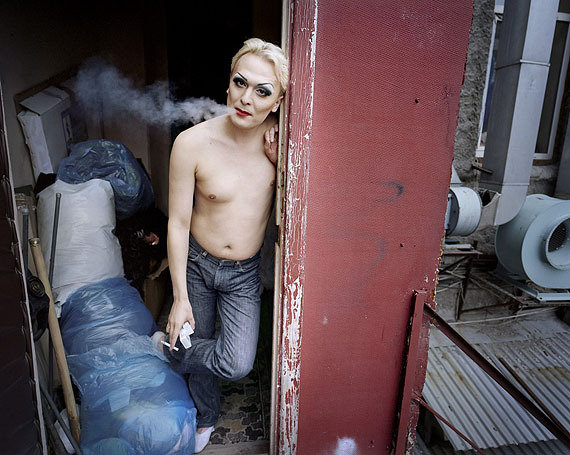 7 Rooms. Rafal Milach presents the stories of Russians who were born in the USSR, but whose adult lives run their course in the Russia of Vladimir Putin. This is a tale of ordinary people, of their friends and family, and of the world in which they live. In Milach's photographs are to be found neither extremism nor sensationalism. We observe the everyday life of representatives of the generation of thirty-somethings that the photographer has been a witness to over the course of the last six years. "I have been through three phases in my relationships with my heroes. First, they were my guides through their cities, then they became the heroes of my photos, and then finally they became friends with whom I talk more than I photograph" the artist explains. The seventh room of the title is above all dedicated to the reports of Svetlana Alexievitch, in other words to the metaphorical baggage of the generation born in the USSR. No matter whether this is the space of the double life of Vasya or the room of Sasha and Nastya, it nonetheless constitutes a single narrative. Curator Joanna Kinowska (Image: Wasya, Yekaterinburg / Rafal Milach from the '7 rooms' series, 2004-2010, courtesy of the artist).