The Dockers' Museum. Sekula is a renowned photographer, theorist, photography historian and writer. Using colour photographs in conjunction with text, his work focuses on economic systems, a subject often considered incompatible with the field of art. 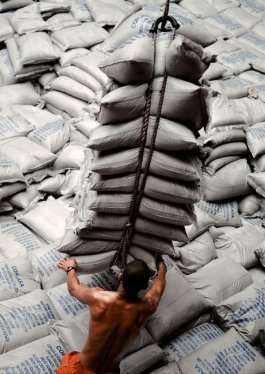 Allan Sekula is a renowned photographer, theorist, photography historian and writer. Using colour photographs in conjunction with text, Allan Sekula's work focuses on economic systems, a subject often considered incompatible with the field of art. Cultural critics frequently see the economy to be a problematic issue that is of little interest for arts practitioners, although many artworks are under the unmistakable influence of market forces.

For Sekula, it is irrelevant that photography has finally been acknowledged as an artistic medium like any other, alongside painting or sculpture. He considers the modesty of the medium, and the possibility it offers to attain knowledge through keen observation, to be a more interesting characteristic. Relying on its ability to describe aspects of economic systems within the framework of the visual arts, through what is commonly called "documentary" practice, Sekula attempts to offer a clear alternative to the kind of photography usually shown by the contemporary system of museum and galleries. According to the artist this system in essence prepares the work for an "antiquarian future", which condemns art to conform with the museum's relics of the past.

In recent years, Sekula has worked on long documentary projects inspired by contemporary political events. These projects have given rise to sequences and major series that often culminate in the publication of a book. In these publications, the photographs are contextualised by the artist's texts – which are always present in his exhibitions – which emphasizes the fact that Sekula's practice also encompasses writing, alongside the production of visual work.

Sekula calibrates each exhibition through a careful selection of photographs and objects specific to the context of the given place, thus "re-writing" his own narrative via the re-arrangement of work. By developing his exhibitions from venue to venue, they in effect connect cities and harbours, which evokes the production and flow of goods via complex network relationships of harbour cities, the subject of Sekula's practice. La Criée in Rennes now presents the exhibition The Dockers' Museum. Photographs from the series Ship of Fools - which were previously presented in Antwerp, São Paulo and Edinburgh - constitute part of the exhibition. Their configuration in Rennes is altered through an emphasis on the artist's collection of objects related to the world of dockers and seafarers, reflected in the exhibition title The Dockers' Museum. The collected "objects of interest" are not to be understood as artworks, but they contextualize Sekula's photography, while these in turn contextualize Sekula's ongoing activity of collecting these items. Sekula finds his "objects of interest" at online auction houses, contrasting the mystical "speed of light" of the Internet with the slow movement of cargo, 90 per cent of which is moved by sea.

A series of portraits of the crew of the Global Mariner forms one of the core works at La Criée. The International Transport Workers Federation adapted a cargo vessel in 1998 to host a mobile multi-media exhibition in its hold. It formed part of an 18-month campaign around the world against substandard shipping under flags of convenience, and the inherently abusive low wages paid to members of ships' crews who have limited rights. Sekula's participation in various stages of the journey resulted in a series of photographs in which the artist draws attention to the unknown protagonists of this predicament.

Through taking the "forgotten space" of the sea with its 100,000 ships and 1,500,000 workers as the subject for his work, Allan Sekula reflects on the effects of current neoliberal ideologies. His work questions their promises of a painless, endless flow of goods and capital with the emphasis on consumption and negating the work and working conditions behind it. It reveals the far-reaching impact of globalization on people's lives.