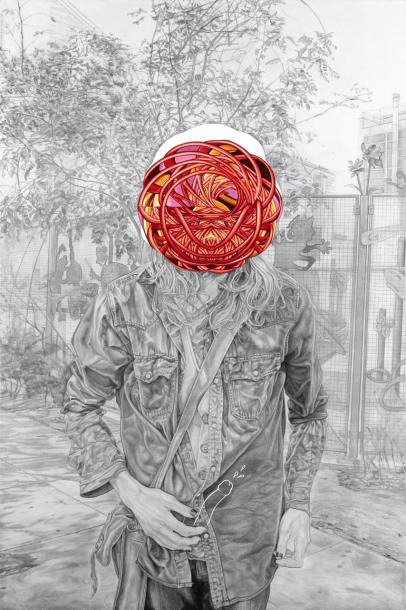 After a successful exhibit in the Hamptons, Ted Vasin returns to Miami to truly unleash his newest work. 'Poison Bliss' continues Vasin's tradition of using large-scale canvases to capture his truly exceptional drawing abilities, incorporating twisted iconography, hallucinations and an uncomfortably skewed vantage point. This series evokes the isolation of a man hypnotized by the psychedelic invasion of his body and the world around him, and his violent reaction to the perceived threat. Vasin will appear in person at the April 14th opening, accompanied by his signature electronic music. Opening: April 14th, 7 - 9pm (image: Come As U R Self Centered Doodle, 72x48. Acrylic on Canvas, 2010).