Using contemporary subjects, Mueck explores timeless themes depicted throughout traditional art history, encouraging the viewer to identify with the human condition. For 'Medley Tour London' Hope presents the 'X-Medleys': a new series of paintings that weaves together elements from his unique pictorial language. 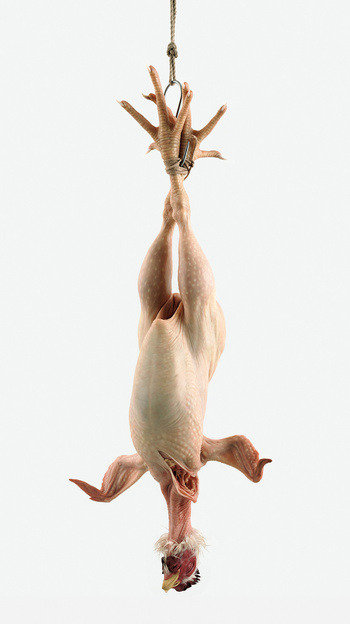 Hauser & Wirth is proud to present Ron Mueck's debut exhibition with the gallery and his first major solo presentation in London for over a decade. The works shown in this exhibition highlight Mueck's unique form of realism and his poignant use of scale and placement. Using contemporary subjects, Mueck explores timeless themes depicted throughout traditional art history, encouraging the viewer to identify with the human condition. Mueck's sculptures link reality to the world of folklore, myth and magic. 'Woman with Sticks', a sturdy, middle-aged woman struggling to contain an unwieldy bundle of sticks nearly twice her size, suggests a woman tackling the near-impossible tasks set in fairytales and legends. Completely naked, this woman represents the 'eternal feminine', a topic that fascinated artists such as Cezanne and Gauguin. Where these artists focussed on the idyllic model, Mueck uses hair, skin and a physical build far from the norms of classical beauty. This woman is active, not contemplative; vigorous and energetic, not delicate and demure.

The recent work 'Youth' is a boy wearing low-slung jeans and a blood-stained white T-shirt. With a look of incredulity reminiscent of Saint Thomas demanding to inspect the wounds of Christ, he pulls up his shirt to reveal an open stab wound in his side. 'Youth' is a portrait of the thoughtlessness of childhood; of a person not yet grown up who comes face to face with the incomprehensibility of mortality.

Mueck's 'Drift' is a small-scale sculpture of a lightly tanned man sporting tropical swim shorts and dark sunglasses, lying on a lilo with his arms outstretched. Instead of floating in a swimming pool, 'Drift' is installed high on the gallery wall, seeming to disappear off into the distance. Held up only by a puff of air and a sheet of plastic, the precariousness of 'Drift' provokes questions of the brevity of life. Like many of Mueck's works, both 'Youth' and 'Drift' tap into powerful and universal emotional states, enabling the viewers to create their own narratives.

Suspended in the centre of the gallery is 'Still Life', a dead chicken, stripped of its feathers, hung by its bound feet and enlarged to human size. Mueck's title directly references the genre of still life, a subject that has given rise to a variety of artistic explorations of the bounty of nature and its consumption. But always in these works, and in Mueck's 'Still Life', the fear of death acts as a balance to the fecundity of life.

Berlin-based artist Andy Hope 1930 has developed a far-reaching and diverse iconography combining the worlds of comic books, science fiction and mythology with history, pop culture and literature. For his exhibition at Hauser & Wirth, 'Medley Tour London by Andy Hope 1930', Hope will present the 'X-Medleys': a new series of paintings that weaves together elements from his unique pictorial language. Displayed alongside new and re-invented installations, this body of work represents a significant progression in Hope's practice, which develops with each stop on the artist's 'Medley Tour'. A 'medley' is commonly defined as a piece of music consisting of several harmonically adjusted melodies taken from a musician's entire repertoire. Likewise for the 'X-Medleys', Hope re- visits different iconographic elements which have played a major role in his oeuvre, as well as works from modernism and contemporary art.

He then formulates these elements anew through a process of revision, erasure and dislocation, providing his audience with a fresh perspective with which to approach his new paintings, earlier works and his appropriated references. For example, Hope's 'X-Medley 2' was inspired by Francis Picabia's painting of a young couple sitting underneath a cherry blossom tree. Hope adopts this basic composition and superimposes his own symbols: the black mask from his depictions of Robin Dostoyevsky; the woman's hair from his paintings of Hollywood starlets; and the dark shapes pulled from an earlier work showing a vacant room with empty frames.

With the 'X-Medleys', Hope takes one of his central themes – the manipulation of time – to a new level by intervening in his own artistic past. As Hope explains to John C. Welchman, this intervention enables him to return to the project of painting without 'constructing new narratives and enlarging my sign system, without accumulating more references and going deeper into the labyrinth'. Hope reverse-engineers his practice, paring it down to its most fundamental elements and, in doing so, he creates a lexicon of his oeuvre, what Welchman describes as an 'exit strategy', which in turn pushes him forward.

For his exhibition at Hauser & Wirth, Hope has also remade and deconstructed his 'Batman Gallery'.The first 'Batman Gallery' (2004) was an architectural interpretation of the eponymous superhero, his black cape solidified into one long, receding roof, which housed a gallery for a selection of Hope's paintings. The re-visited version has been painted white and divided into several pieces to be displayed in different areas of Hauser & Wirth's north gallery. Its soaring roof is suspended from the ceiling and the steps that once lead to the viewing area now lead nowhere.

Formerly known as Andreas Hofer, the artist adopted the name of Andy Hope 1930 in 2010. Hope associates the year 1930 with both the rise of the comic book to a mass medium, and the abandonment of suprematism and Russian constructivism, elements which have all played a significant role in his work.