For the end of the temporary exhibition activity at the Museum Barengasse Olivier Mosset was developed a special project. Mosset's radical approach to painting is characterised by expansive surfaces, the simplest of forms, lucid colours and repetition. Human Valley is a one-year project for hybrid presentations of borderline topics by Dominique Gonzalez-Foerster and Tristan Bera, 'Midsummer: Back to Nature' is the final chapter by Elise Storsveen & Eline Mugaas. 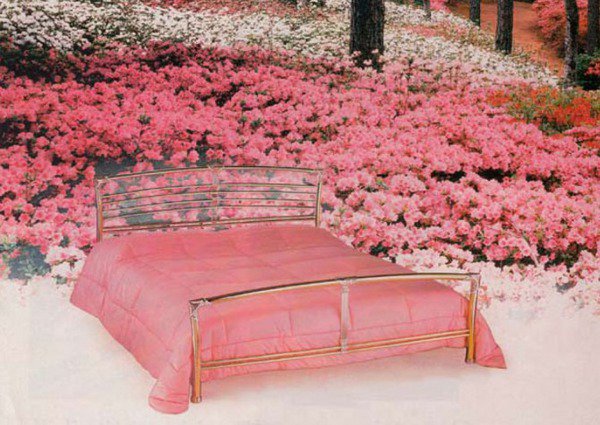 The Kunsthalle Zürich will mark the end of its temporary exhibition activity at the Museum Bärengasse with a project by Swiss artist Olivier Mosset (born in 1944 in Berne), which was developed specially for the exhibition space at the Museum. Mosset, who has lived in the USA since 1977, left Switzerland in 1962 and settled initially in Paris where he played a role in shaping the advent of the conceptual and radical in European painting: painting was no longer viewed as mere expression but as an attitude, a sign and, not least, a societal position. Mosset then gradually moved towards the monochrome and geometrical image with his approximately 200 circle paintings, which were created between 1966 and 1974 and represent his version of the 'zero point' in painting, and from 1976 in his exploration of the connections between colours. Mosset's radical approach to painting is characterised by expansive surfaces, the simplest of forms, lucid colours and repetition. His painting is constant intervention and instrument in the space, and his works are wall designs which alter the space by creating new dimensions through planes of colour.

Human Valley - The other side of contemporary history
Midsummer: «Back to Nature»
by Elise Storsveen & Eline Mugaas

'Midsummer: «Back to Nature»' is the fifth and final chapter of 'Human Valley', a one-year project by Dominique Gonzalez-Foerster and Tristan Bera for Kunsthalle Zürich at the Museum Bärengasse, Zürich, Switzerland. 'Human Valley' is presented by the two curators as a 'one-year project for hybrid presentations of borderline topics in an area comprising three rooms inspired by Jean-Luc Godard's film Une Femme Mariée (1964), with first an entrance resembling a provincial cineclub, then a bedroom for two with books on bookshelves, and also a projection room'. Une Femme Mariée is built up by a collection of fragments, an idea that Elise Storsveen and Eline Mugaas continue in their project. The artists are playing with their ongoing zine series ALBUM#'s favorite topics like nudity and the universe, desire, melancholy, motherhood and lonely men. According to the artists, 'Midsummer: «Back to Nature»' 'looks to the notion of nature, as seen through images found in books from discarded archives'. The artists further say that 'the books have left their alphabetical order and are reorganised in small groups, based on visual clues. Turned inside out and without their explanatory texts, photographs of things that occurred some time ago take on a new presence as they start communicating with each other. Research has been conducted to see if there is a possibility for a return to the wild'.

Elise Storsveen (b.1969 in Oslo, Norway, lives and works in Oslo) graduated from the Norwegian National Academy of Craft and Art Industry and the Norwegian National Academy of Fine Arts (Now Oslo National Academy of the Arts). Recent solo exhibitions include 'Fyktelige angrep i ly av', Gallery Trafo, Asker, Norway (2009); 'A week of Kindness' (with Are Myklebost), 0047, Oslo (2008) and 'It's All In Your Mind', Galleri Bouhlou, Bergen (2006). Group exhibitions include 'Take Me To Your Leader', The National Museum of Art, Architecture and Design, Oslo (2010); 'Rock Paper Scissors', Galerie Susan Nielsen, Paris, France (2009); 'Cut-ups', Centrum för fotografi, Stockholm, Sweden (2009) and 'Cons and Idols', Kistefoss Museet, Kistefoss, Norway (2008). Together with Eline Mugaas she is publishing the zine ALBUM#. Until 14 May 2012 ALBUM# 1-5 is presented at the Library of the Museum of Modern Art, New York, NY, USA, as part of the exhibition ‘Millenium Magazines’.

Eline Mugaas (b.1969 in Oslo, Norway, lives and works in Oslo) is a graduate from the Cooper Union for the Advancement of Science and Art, New York, NY, USA. Recent solo exhibitions include ‘Face of young man half in shadow’ Galleri Riis, Oslo (2010); ‘Skin flick’, Galleri Riis (2008) and 'Some Cities', Bergen Kunsthall, Bergen, Norway (2007). She has participated in exhibitions such as 'Cities ReImagined', MoCAV, Novi Sad, Serbia (2010); 'Fake Snow', Galleri Riis, Oslo (2008); 'Recent History of Norwegian Photography', Stenersen Museet, Oslo (2007); 'Syntetische Natur', Kunstraum D-21 Leipzig, Leipzig, Germany (2007) and ‘Likheter & Forskjeller / Similarities & Differences, New Norwegian Photography’, Preus Museum, Horten, Norway (2005). Together with Elise Storsveen she is publishing the Zine ALBUM#. Until 14 May 2012 ALBUM# 1-5 is presented at the Library of the Museum of Modern Art, New York, NY, USA, as part of the exhibition ‘Millenium Magazines’.