Austria Contemporary. The exhibition presents works by Austrian artists who explore different models of reality and place this notion at the centre of their work. The show is about subjectively experienced reality, staged reality, but also about developing alternative solutions and spaces for reality and contrasting them with one's own concept of what is 'real'. 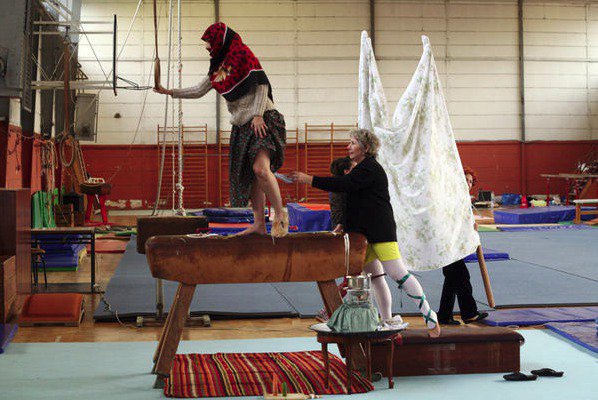 The exhibition “Desiring the Real “presents works by Austrian artists who explore different models of reality and place this notion at the centre of their work. The show is about subjectively experienced reality, staged reality, but also about developing alternative solutions and spaces for reality and contrasting them with one’s own concept of what is “real”.

Why are questions of reality and truth so important today? Very often, aesthetic output in the various art disciplines is linked in different ways to what happens in the political arena. With their work, artists such as Nilbar Gures, Maria Hahnenkamp, Franz Kapfer, Leopold Kessler, Hubert Lobnig and Hannes Zebedin introduce us to issues of social criticism or gender policies. They challenge the seductive force of power in our society; they make “political art”. They do it, among other things, because they want to “puncture and broaden the clogged sphere of societal action” (Hannes Zebedin). They raise questions about the relationship between art, reality and politics and, in their works of art, broaden and develop reality.

Realität und Ritual (Reality and Ritual) is the title of a piece by Iris Andraschek. The photographs and drawings depict e people who inscribe themselves into a different reality for a certain time. Staged reality, or reality as a construct are the issues addressed by Iris Andraschek, Catrin Bolt, Rainer Gamsjager, Siggi Hofer, Ulrike Konigshofer, Anna Mitterer and Bernd Oppl. Their works are not a representation of reality, but fashion their own version of it beyond objective reality.

Judith Fegerl, Michael Goldgruber, Michael Hopfner, Bele Marx and Margherita Spiluttini explore and occupy places, turning insides out. They free spaces from their function and interpret a real-life place not only as a geographical given but as a locus of experience and imagination. They trace what the eye sees in the countryside, their concerns are the minimal changes, the interventions, the quest for our whereabouts, “for the place that people create in order to be the person they are or could be” (Peter Sloterdijk).

Finding and dissecting things, shifts, analysis and abstraction and the creation of new orders and constructs, always linked to social identities and personal situations – those are the issues addressed in different ways by Adriana Czernin, Josef Dabernig, David Moises and Esther Stocker.

Desiring the Real is an exhibition about re-ordering our experiences of reality, about different approaches to images and, thus, about re-ordering the world of the visible, conceivable and possible. The exhibition is also about the beauty of individual works of art and, even more so, about human beings, their social attachments, their expectations and yearnings. Having a commonly shared view of reality does not seem to be an option.

The exhibition presents a small part of the national collection of contemporary Austrian art, called "Artothek des Bundes". Since 1945 funds from the national art funding budget have been used to establish a big art collection, by now almost 30.000 pieces of art. The Austrian state buys art in order to support yong artists.

The exhibiton will travel to different countries, first station is MOCAB (Museum of Contemporary Art Belgrade, Serbia), afterwards the exhibition will travel to the Mexico, Kuba, Germany, Croatia, Turkey, Russia.