Our Age Has a New Sense of Form

Photography, Graphic Arts and Posters in the 1920s. New technical possibilities and aesthetic theories led to an entire spectrum of styles in the 1920s internationally. Photography, film and illustrated magazines fascinated the avant-garde, inspiring them in their experiments and explorations. 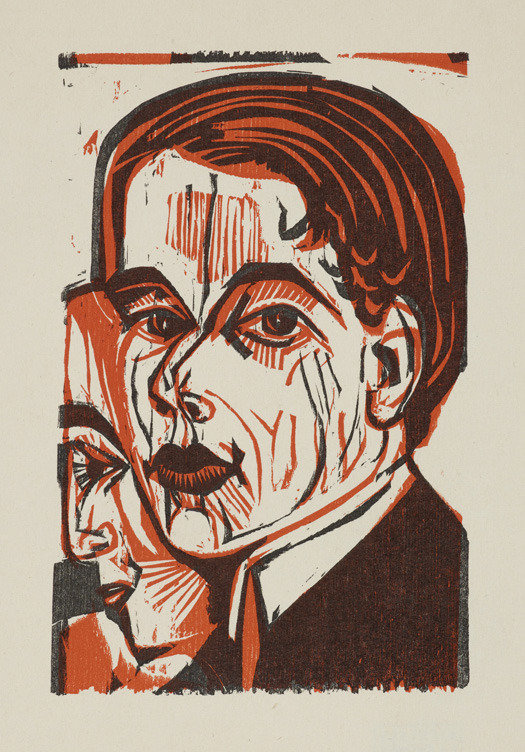 New technical possibilities and aesthetic theories led to an entire spectrum of styles in the 1920s internationally. Photography, film and illustrated magazines fascinated the avant-garde, inspiring them in their experiments and explorations. The ‘New Objectivity’ artists consciously distanced themselves from Expressionism as they sought to reproduce the optic appearance of things. In this decade, Constructivism also reached full flower. Under a common title Our Age Has a New Sense of Form, the Photographic Collection, the Graphic Arts Collection and the German Poster Museum focus in three exhibitions on this innovative and productive period of art.

With around 150 photographs and magazines, the Photographic Collection illustrates the Neue Sehen in photography. The specific manner of depiction in this period, such as extreme perspective, montage and photogram can be found in the works of internationally reputed photographers such as László Moholy-Nagy, Man Ray, Albert Renger-Patzsch, Edward Weston and Walter Peterhans. A special section is dedicated to women photographers who conquered new areas of activity in this decade. Works by Aenne Biermann, Florence Henri, Germaine Krull and Annelise Kretschmer bear witness to the cultural productivity of these years.

The Graphic Arts Collections is presenting about eighty works, including some by Max Burchartz, Otto Dix, Ernst Ludwig Kirchner and Alexander Kanoldt. Apart from portraits and landscapes, especially constructivist works form a thematic focus. One highpoint of the exhibition is the series Victory over the Sun with ten colour lithographs by El Lissitzky from 1923, which were re-acquired by the Museum Folkwang a few years ago after having been confiscated and sold as “degenerate” in 1938.

The German Posters Museum is showing around 70 works in three areas, reflecting the development of posters in the 1920s. Expressionism appeared briefly in numerous poster themes, such as in the new genre of political posters and as reflections in posters of new Expressive forms in, for example, film and dance. Decorative currents, which moved between Art Nouveau and Art Déco, persevered, as the works of Walter Schnackenberg show. A third major line of development is New Typography, influenced by Bauhaus ideas, as expressed in the works of Jan Tschichold.